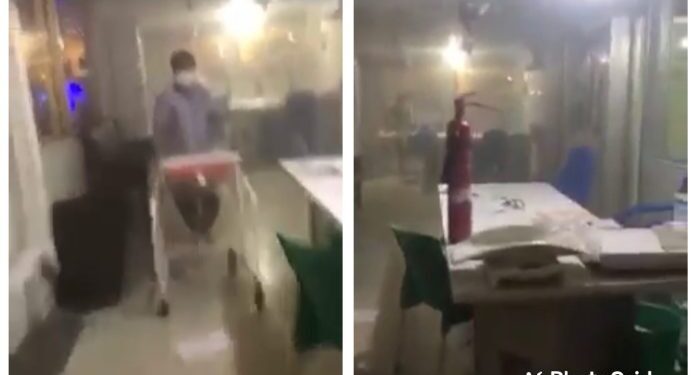 A video circulating on social media sighted by DGN Online indicates that there was a fire outbreak at Korle-bu Teaching Hospital Maternity Ward early hours of Wednesday.

According to a staff of the hospital, who was narrating the incident, the cause of the fire was unknown.

The staff at the ward were seen trying their best to evacuate the babies from the fire scene.
According to sources, the fire outbreak is believed to have started at around 1am on Wednesday 7th April 2021.

At the time of reporting the event, firemen were yet to arrive at the scene.

The stasff said, “we have called on the Fire Service to rush here to secure the place but they are not picking”.

Some of the mothers were heard shouting to hold their babies with care during the evacuation exercise.

Below is the video of the fire outbreak