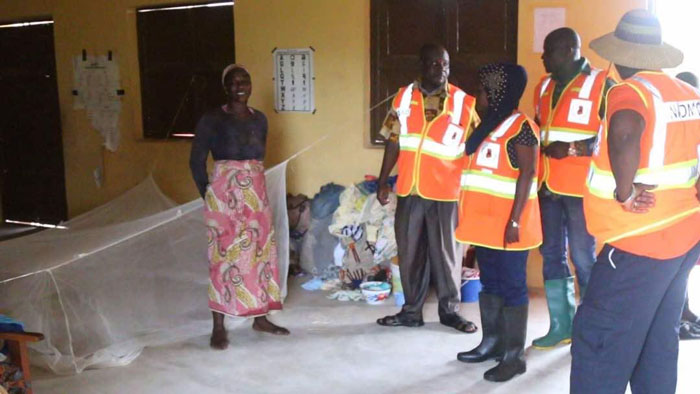 More families have been adversely affected by the spillage of water from the Bagre dam and the heavy downpour of rains in the Northern Region in recent times.

The Savelugu Municipality has also been badly affected by the situation. Over 2,500 families in the municipality have been displaced, having lost their source of livelihood, property worth over thousands of cedis, as well as lives.

Information gathered by DAILY GUIDE indicated that some classroom blocks in the municipality have been converted to shelter, where some affected and displaced families sleep.

Some affected families who had relatives in the municipality were fortunate to get temporary shelter from them.

Speaking to the media, Hajia Ayishetu Seidu, the Municipal Chief Executive (MCE) for Savelugu, said the situation is the first of its kind recorded in the municipality.

The MCE therefore called for support from NGOs, individuals and the general public to the affected communities, families and individuals.