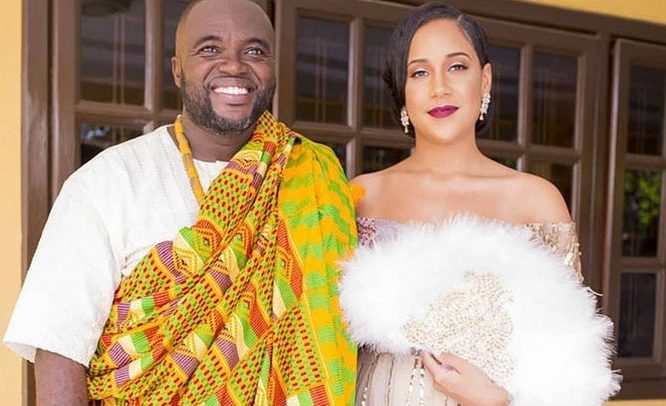 Founder of Ghana Movie Awards (GMA), Fred Nuamah, is not only an outspoken person, but he’s also very good at responding to issues and arguing his way out them.

However, he is interestingly not exhibiting these traits with recent reports that he has separated from his wife, Martekor Quaye.

According to earlier reports, the one-time fine actor and his wife are wide apart now, and he has since allegedly been caught in a romance with another woman in Dubai.

He refused to respond to the allegations when NEWS-ONE contacted him.

Fred Nuamah and Martekor tied the knot on Saturday, March 3, 2018, at a private ceremony which was attended by some of Ghana’s biggest showbiz personalities in Accra.