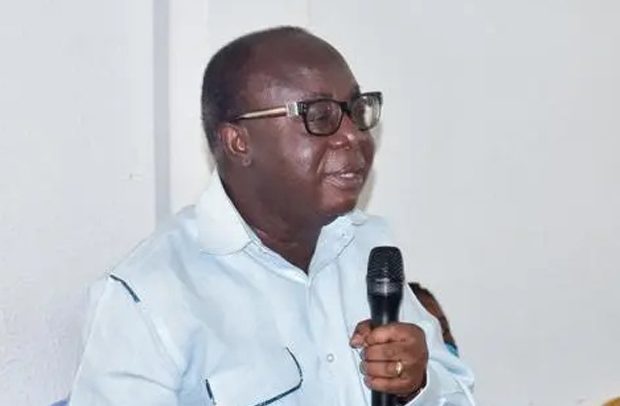 National Chairman of the ruling New Patriotic Party (NPP), Freddie W. Blay, has said the work of the NPP administration will determine the performance of the party in the crucial 2024 general election.

He said the party which has formed the government since 2017, led by President Akufo-Addo, has no time to waste and must work assiduously to continue to convince Ghanaians that they are capable of bringing economic prosperity to all.

The National Chairman gave the admonishing whilst addressing all 275 Constituency Chairpersons of the party at their inauguration of NPP Constituency Officers’ Welfare Fund, held in Koforidua, Eastern Region, over the weekend.

Mr. Blay said all appointees of President Akufo-Addo are expected to serve as ambassadors of the party and must always endeavour to make the core values of the NPP, which are commitment and dedication, their hallmark in the discharge of their services to Ghanaians.

He called on the appointees never to forget that the NPP and its ordinary members define who they are in the pursuit of the democratic ideals of serving the interest of the people of Ghana and to build a better country.

He implored the party faithful to put aside their parochial interests and rather focus on executing the mandate that would always make the NPP the preferred party for many in the country.

“We must remember that what will keep us in power and help us build a sustainable future is our dedication in delivering faithfully to the people of Ghana than our interest,” Mr. Blay said.

He also reminded party executives that “there is an unbreakable umbilical cord that links the party to its baby, the government, and therefore we must remember that the performance of the government at any given time is seen as the reflection on the party.”

Mr. Blay said that “the culture that sees politics as a way to enrich ourselves is a residue for our self-destruction. We must reject it. We must put Ghana first in all we do as a party to build a sustainable future for our country.”

Mr. Blay urged all party executives, especially at the constituency level, to commit themselves to build the NPP to remain attractive to the people of Ghana and remain in power.

The interim National Chairman of the NPP Constituency Officers Welfare, Dr. Akyea Darkwa, who is the Asuogyaman Constituency Chairman said “we saw that most people are expecting that the Presidency or the government to solve all our problems for us which we know is impossible,” adding “So we decided that there are some of the challenges that we can solve ourselves and we solicited ideas from the constituency chairmen for this welfare fund.”

Vice President Dr. Mahamudu Bawumia, in a speech delivered on his behalf by Fred Oware, a former National Vice Chairman of the NPP, said that good governance and unity can retain the party in power beyond two terms.

It is an initiative of the constituency chairmen of the party and has been co-opted by national executives, and the fund will take contributions from party executive members in particular, to reduce the overdependence of the local executives on the national office.