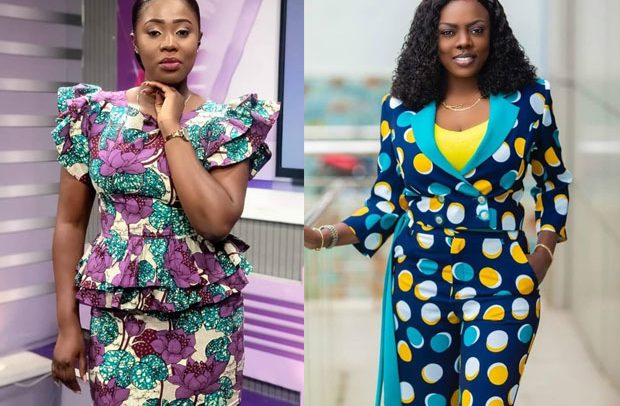 Broadcaster Frema Adunyame has rubbished allegations that she took Nana Aba Anamoah to a juju woman with the aim of destroying her, when they both worked at TV3.

According to her in a statement, “Never in my life have I consulted a juju man or woman for any reason and therefore I could not have been the reference point of Nana Aba’s statement.”

Nana Aba Anamoah who was crowned Radio and TV Personality of the Year, two years in a row, and also received the TV Development Show Host of the Year honor at the 2019 RTP Awards, in celebrating her win, took to her social media to announce how her former evil best friend tried destroying her career eight years ago.

“I dedicate this to a best friend from eight years ago who dragged me and every present I ever got her, to a juju woman to destroy the love and affection Ghanaians, colleagues and bosses had for me at the time. I also dedicate this to the juju woman who decided against it and found a way to bring this to my attention. God loves a clean heart. Sister, I’m happy to see you doing your very best on TV,” Nana Aba said.

Blogger Chris-Vincent, in his report of Nana Aba’s post, alleged that he was well informed that female broadcaster, Frema Adunyame, formerly Frema Ashkar, is the one Nana Aba Anamoah was talking about.

Frema in a reaction described the publication as reckless and untrue. She is therefore considering a legal action to clear her name.

Below is her full statement she posted on facebook;

“My attention has been drawn to a reckless publication by one Chris-Vincent Agyapong of Ghanacelebrities.com from his hideout in the United Kingdom, alleging that I, Frema Adunyame, consulted a juju woman some eight years ago to destroy another colleague at TV3, Nana Aba Anamoah.

This has been published by other news websites including Ghanaweb.com and Ghpage.com. I would ordinarily not have given attention to this statement knowing the reputation of the author and his website, but I have had to clear the air due to the many respectable Ghanaians who have expressed outrage and concern about this malicious and spurious publication.

Never in my life have I consulted a juju man or woman for any reason and therefore I could not have been the reference point of Nana Aba’s statement. The publication by Mr Chris-Vincent Agyapong is false and malicious and only consistent with his sworn strategy to damage my reputation.

I have duly instructed my lawyers to prepare and commence legal action against the news portals involved in this grossly libellous accusation. I further urge other media organizations to desist from publishing any such injurious material against my person. I hereby entreat the general public to disregard the story and treat it with the contempt it deserves.”