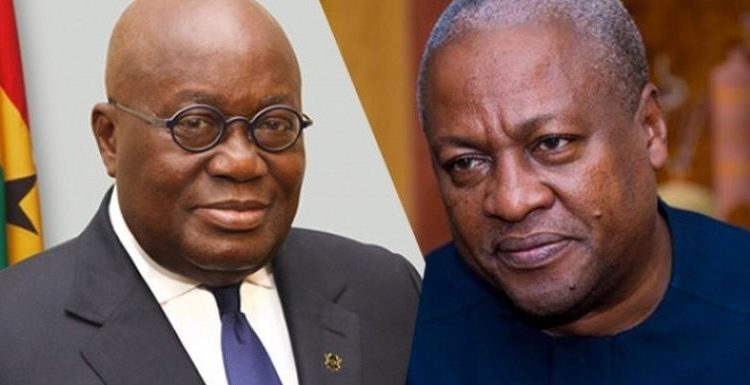 The vast majority of unhappy Ghanaians, who regrettably found themselves in the doldrums of poverty, rightly voted against the NDC and Ex-President Mahama in the 2016 general elections, largely due to the unresolved business crippling dumsor, the wanton corruption (two out of innumerable suspects have since been convicted and sentenced), and the unpardonable incompetence (moved economic growth from 14% in 2011 to a miserable 3.4% and a single digit inflation to 15.4% by December 2016).

It is, therefore, quite ironic to hear the former president, who happens to be the 2020 flag bearer of NDC, Mr John Dramani Mahama, insisting somewhat anecdotally that Ghanaians are not happy with Akufo-Addo’s leadership style, which has allegedly led to high socio-economic standards of living.

Suffice it to stress that the hitherto asphyxiated economy and the business crippling dumsor have since been brought under control by the NPP government under the able leadership of President Nana Akufo-Addo.

Deductively, therefore, we can conclude that the 56% of electorates were not happy with former President Mahama, and hence showing him the exit in the 2016 general elections.

The overarching question then is: what will make the unhappy 56% of electorates change their mind and repose their absolute trusts in Mahama in 2020, given the encouraging signs of auspicious economic growth under Akufo-Addo’s leadership?

Let us remind ourselves that in a fairly stable democracy such as ours, governments pop in and out, and, given the political dynamics in Ghana, it is a trend we can expect to continue unabated.

The all-important question we should be asking is: should we trust every political party to form a government with an excuse of steering the nation to the right direction?

The good people of Ghana, so to speak, were extremely concerned when out of unpardonable dereliction of duty amid unbridled corruption, Ghana’s debt ballooned dramatically from GH¢9.5 billion in 2009 to an incredible GH¢122.4 billion as of December 2016.

No patriotic Ghanaian should jump for joy over the GH¢800 million dubious judgment debt payments, including the GH¢51.2 million to Woyome which resulted in the drastic reduction of capital expenditure, and as a consequence, most contractors were not paid by the erstwhile NDC administration.

It is, however, worth stating that in spite of the seemingly insuperable odds, since assuming power, the Akufo-Addo’s government has taken commendable strides to improve the social mobility through implementation of poverty reduction policies such as free SHS, One District One Factory, one million dollars per constituency, tax reductions, a dam per village in the northern part of Ghana, among others.

Mind you, individuals have different reasons for going into politics. Some people enter into politics for their unconditional love for their nation. Others just view power as an excellent opportunity to amass wealth and enjoy other trappings that come with the job.

It would, however, appear that some politicians do not care about the plight of the masses; they only scramble for power in order to pursue their parochial interests.

If that was not the case, what else would make former President Mahama dole out large portions of our scarce resources to inveterate NDC apologists like the founder of Ghana Freedom Party (GFP), Madam Akua Donkor, who in all honesty, contributed nothing meaningful towards Ghana’s wellbeing, and yet received a melodious gift of two four wheel drive vehicles and a luxurious bungalow purported to cost a staggering US$475,000.

Honestly stating, Ghana, cannot entertain a Father Christmas who would carelessly give away our hard earned resources. But Ghana rather needs a serious, a committed and a forward-thinking leader who can utilise our scarce resources judiciously to the benefit of all Ghanaians.

Suffice it to stress that a judicious distribution of national resources is the implementation of social interventions such as Free SHS and the School Feeding programme.

Dearest reader, considering the enormous benefits therein education, it is, indeed, prudent and somewhat forward-thinking for any serious and committed leader to seek to bridge the ever widening social inequalities gap through rational distribution of national resources in the form of free SHS and other social interventions.

I have always insisted that governance is a serious business and as such it requires forward thinking, serious and committed group of people to bring about the needed advancement.

Nevertheless, it has not been always the case in Ghana’s democratic ambiance. The emergence of multi-party democracy has given birth to both purposeful and maladaptive political parties.

And, as a result, we have over the years been electing dreadful economic managers who cannot see their backsides from their elbows and have only succeeded in sinking the economy deeper and deeper into the mire through corrupt practices.

Truly, the rampant corruption and the unobjectionable incompetence under the erstwhile NDC administration will long be stencilled on the mental sheets of succeeding generations.

Tags: columnist, From 14% to 3.4%; I Bet Akua Donkor Will Be A Better Custodian Of Ghana’s Economy (1)
Share this article:
Previous Post