Gabby Cries Over Lies Tag On Him 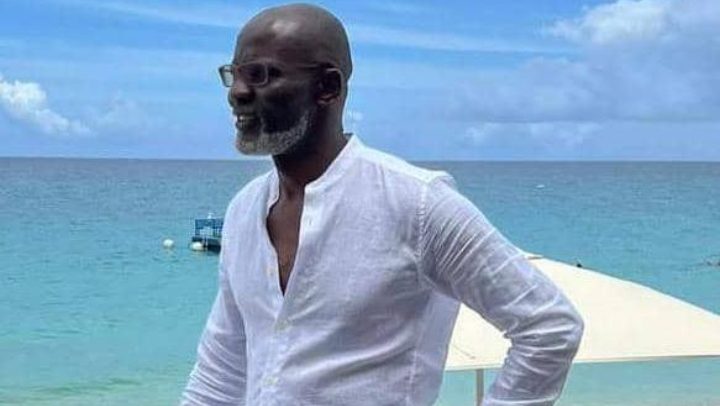 Founder of Danquah Institute, Gabby Otchere-Darko, has expressed concerns over what he says are lies being told about him.

According to him, the lies are because his cousin, Nana Akufo-Addo is the President of Ghana and believes the lies will wipe out once his [Akufo-Addo’s] term of office ends.

In a post on his Facebook page, he said the situation is so bad that he doesn’t know what to do, stating he received about three such lies last week.

Expressing the frustration he said claims were that he, among other things, benefitted from the $750 million Afreximbank loan.

It is surely surreal the stretch of lies that are weaved around people and, even more scaringly, believed by the many, discerning people included. Let me just share three that I heard about me only last week. If you have also heard any of the three, please confess!

Last Friday, a decent, elderly woman who loves me as a son and I admire so much, came to my office, on her way out of the country, and said she gets eternally worried the stuff she gets to hear about me and that I should be careful. That, I am accused of all manner of things and people are just out there to destroy me. I said to her, I know, but I struggle to respond to the rumours for fear of giving them oxygen. So, I asked, what was the latest.

She said word on the street was that I took $37m of the $750m Afreximbank loan Ghana received recently for my personal use and it took fervent pleadings from the Okyenhene, a deputy finance minister and the VP for me to bring it back after Ato Forson exposed it (albeit falsely) as allegedly missing!

The day before that, I was called to see one big man I respect who had heard that I was sitting somewhere insulting and accusing him falsely over something. A mutual friend, an MP, was kind enough to take me to the big man. I told them it could not have been me. Never!

The big man called the “witness” (my accuser) on the phone and put him on speaker. To my utter befuddlement, the false witness swore that it was me, and it happened at a specific place a couple of months ago and that there were other witnesses! He even added that he confronted me!

Me? I had not been to the place he mentioned, even though it is a notorious joint close to my office. But, he started getting rather agitated, insisting he spoke nothing but the truth. I calmly asked him to playback the incident and mention names of the other witnesses.

He said, he couldn’t tell those I was talking to but he sat close by with a friend. I asked for the name he would not disclose to me. But that he overheard me loud and clear and actually walked up to me and had heated exchanges with me! This kind of lie was new to me! A whole new level!

So what did I say to him? He said I threatened to call the IGP to arrest him! Oh wow! As to why I would threaten to get the IGP to drop his workload to arrest a man who only challenged me over an insult from me, the man, a graduate, did not think it was bizarre.

Just after that call, the MP recalled a similar lie told about him years ago when his influence was much higher and mentioned that he had also heard that I, Gabby Asare Otchere-Darko, got arrested at Heathrow Airport, London, with £30m or so which I was carrying from Ghana. I told him that was not news. I first heard that lie just weeks before the 2020 elections. Then the figure was £40m (as stakes were then higher). A whole fake news item with an automated voice and pictures of cash were added for effect and circulated, even though no name was mentioned; but the gossip making the rounds was completed with my notorious name for good measure.

This makes the Aisha case looks like childplay. You may ask, so how did I travel with so much money and expected to get away with it and indeed got away with it after being caught? Easy! The story is that I had to get Ghana’s Attorney-General (sorry Sister Gloria) and the GRA boss (not sure which one) to write to the British authorities to provide evidence that I earned the cash legitimately! No wonder the cedi wobbled a bit before the last elections!

It is as if we have lost comprehension of the value of money. From where would I have picked up that kind of cash? The truth is I have never been stopped anywhere for carrying any cash, not even cedis, and there has never been a reason for me to be stopped.

The big question as always is this: how do you fight such a big lie? This fake incident has been told to me a few times by very decent people and one even said the person who told him said he first heard it through a diplomatic source! Now, I suppose that gives it a credible tag of authenticity!

What are you going to do about these lies, Gabby? A worried family member recently asked. I answered: frankly, I do not know.

But, I guess I will have to live with it until at least my cousin’s term in office comes to an end on January 7, 2025. That is but only my hope!