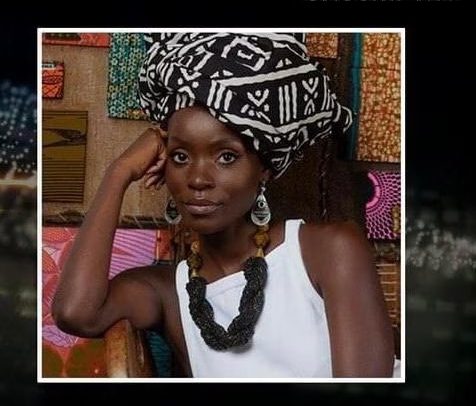 The Dan David history prize is given to outstanding early and mid-career scholars and practitioners in the historical disciplines.

Nana Oforiatta Ayim, who is sister of private legal practitioner and political strategist, Gabby Asare Otchere-Darko is the first Ghanaian to have won the award.
She is the founder of the ANO Institute of Arts and Knowledge, an initiative through which she has pioneered projects such as The Mobile Museum and The Pan-African Cultural Encyclopaedia; curating exhibitions such as Ghana’s first pavilion at the Venice Biennale in 2019.

As a writer, she has contributed to publications including Frieze, ArtNews, African Metropolitan Architecture and her first novel, The God Child, was published by Bloomsbury Publishing in 2019.

She published her first novel, The God Child with Bloomsbury in 2019, and with Penguin in German in 2021.

She has made award-winning films for museums such as Tate Modern, LACMA and The New Museum. She lectures a course on History and Theory at the Architectural Association in London.

She received in 2015, the Art & Technology Award from LACMA; the 2016 AIR Award, which “seeks to honour and celebrate extraordinary African artists who are committed to producing provocative, innovative and socially-engaging work”; a 2018 Soros Arts Fellowship, was a 2018 Global South Visiting Fellow at Oxford University, was appointed to the Advisory Council of Oxford University’s Cultural Programme in 2020, was a Principal Investigator on the Action for Restitution to Africa programme.

She is currently an unpaid Special Advisor to the Ghanaian Minister of Tourism, Arts and Culture on Museums and Cultural Heritage, overseeing plans to restructure the museums’ sector.

Her main concern is how to make museums relevant to communities throughout the country, not just to a few, and to have them be a space in which Ghanaians can see themselves reflected and have their voices heard.

Having won the prize, she has been on a number of platforms, including Al Jazeera to discuss the consequences of centuries of colonialism with Nobel Prize winner, Abdulrazak Gurnah.

As an Art historian, Nana Oforiatta Ayim has developed a new language to talk about African Art that does not replicate Western concepts, pioneering a pan-African Cultural Encyclopedia and a Mobile Museums project in Ghana.