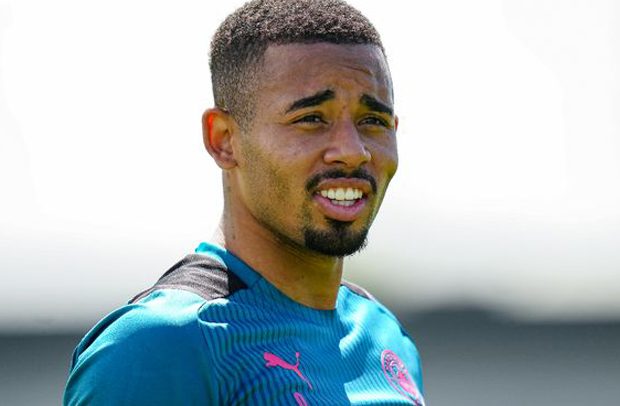 Arsenal have reportedly finalised the signing of Gabriel Jesus after agreeing personal terms with the Manchester City striker.

The Gunners had already agreed a £45million fee with City and the deal is now 100 per cent done, according to Fabrizio Romano.

Jesus, who previously worked with Mikel Arteta when the latter was an assistant coach at City, will reportedly sign a five-year contract with Arsenal.

Sportsmail understands City will use the funds to seal a move for Leeds midfielder Kalvin Phillips. City have agreed a deal of £42million plus add-ons for the England international.

Pep Guardiola’s side have already signed Erling Haaland from Borussia Dortmund, which meant that they were able to sell Jesus.

The deal is set to end Arsenal’s search for a striker following the departure of Alexandre Lacazette, who is returning to Lyon. Arsenal elected not to buy a striker in the January transfer window despite Pierre-Emerick Aubameyang joining Barcelona.

Jesus, 25, has long been identified as a key target for Arteta, who will hope that the Brazil international will provide his team with an extra edge in attack.

Goalkeeper Matt Turner is poised to sign from New England Revolution and Arsenal are also looking to finalise a deal for Leeds winger Raphinha. Ajax defender Lisandro Martinez is another player who Arteta is interested in signing.

Since joining City from Palmeiras in 2017, Jesus has scored 95 goals in 236 appearances. He has won the Premier League four times and the Carabao Cup three times, while he has won the FA Cup once.