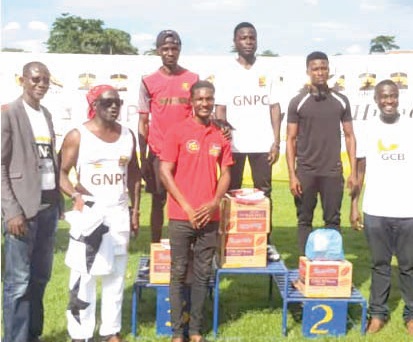 A member of the Speedster Club, he ran a personal best in the hearts of 10.37, the fastest local time this year.

Richmond Opoku and Ronald Kumi Yeboah trailed in 10:83 and 10:85 respectively.

And for their performance, they took home trophies, medals, cash prizes and products from sponsors.

In the female category, Grace Obuor beat all in the 400 meters, then ran a personal best of 11.96 seconds to win the women’s 100m event.

In the male U-10 event, Sylvester Kwarkye (8:51) emerged tops with Anita Annan (9:14) winning the female category.

With sponsorship from GNPC, Adidas, Indomie Instant Noodles, the projects sought to revive athletics in second cycle institutions and unearth talents, as polish them for the 2020 Tokyo Olympics.

Accra will host the next event on July 27.