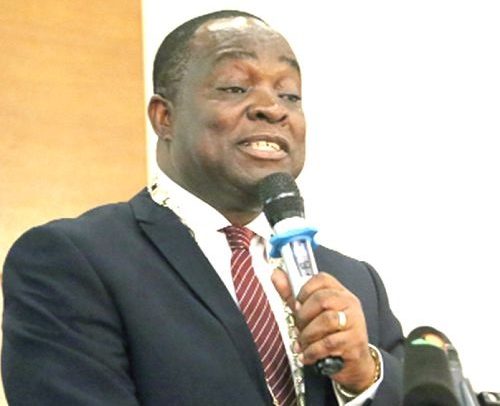 THE PUBLIC Interest and Accountability Committee (PIAC) has accused the Ministry of Finance of failing to disburse GH¢129.26 million allocated to the District Assemblies Common Fund (DACF).

The amount, which represents 5% of the budgeted Annual Budget Funding Amount (ABFA), was allocated to the DACF, following the Supreme Court’s decision in the case of Kpodo and Another versus Attorney-General.

But PIAC, in its 2021 Semi-Annual Report indicated that “notwithstanding the allocation, there was no disbursement to the DACF in the first half of the year.”

The Committee, which chaired by Prof. Kwame Adom-Frimpong, called on the Finance Ministry to let the decision of the Supreme Court to find expression in the Petroleum Revenue Management Act (PRMA) that is being reviewed.

“This will enhance direct implementation and monitoring of ABFA-funded projects at the Sub-national level,” stating “Instead of withdrawing from the Ghana Stabilisation Fund (GSF), the Government utilised an amount of GH¢40.17 million from the Treasury Main Account to shore-up the ABFA in the first quarter.”

PIAC reiterated its recommendation in previous reports that the Minister for Finance, Ken Ofori-Atta should grow the GSF to better position it to serve its purpose of shoring up ABFA expenditure when there are revenue shortfalls in the budget.

According to the report, despite the double blow of the COVID-19 pandemic and  the  associated oil price shocks on the economy and work programmes of major industry actors last year, the first half of 2021 witnessed  sustained activity upstream.

The report disclosed that most IOCs resumed their project planning, execution, risk management and associated preparatory activities as well as drilling campaigns.

It said as at the end of June, the Petroleum Commission reported that the nine IOCs had resumed operations and were preparing towards drilling.