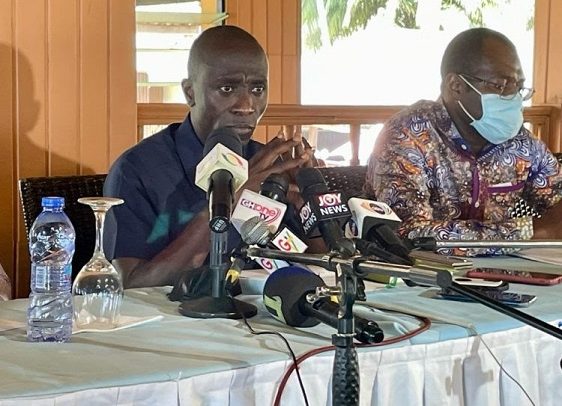 THE GHANA National Gas Company has attributed the delay in the operational works of the processing plant at Atuabo in the Western Region after its two-weeks routine maintenance, to a slight leakage detected during the testing and commissioning process.

The leakage was detected after the maintenance works.

It would be recalled that the Gas processing plant was shut down on October 4, 2021 to commence a two-week routine maintenance works.

However, the plant could not resume operations after the two weeks and some media houses asserted that the company was finding it difficult to bring the plant back.

Setting the records straight, the gas company explained that the maintenance works were done, but a leaking gas to gas heat exchanger was detected during the testing and commissioning of the plant and was shutdown.

“But the engineers were called to duty immediately to deal with the situation, and they are doing just that to get the situation under control within the shortest possible time”.

Addressing the media at Atuabo, Ernest Owusu Bempah, head of Corporate Communications at Ghana Gas, said the processing plant could be shut down at any other day because of consistent maintenance protocols that needed to be followed.

“According to our engineers, it is a layer of control of activation due to increase leakage of gas cloud build-up from one of the gas to gas heat exchangers and they are making sure that those heat to heat exchangers are dealt with“, he said.

Mr Owusu Bempah explained “So today, if we give a maintenance timeline, and we feel that we require to shut down to make sure that everything is on point before we go ahead to bring back the plant, we can do so”.

He lauded the local engineers for doing shutdowns without a hitch. He said the control room triggered notice to the offshore and with the advice of engineers, the plant had to be shut down.

He said the appropriate notifications have already been given to all stakeholders in order not to disturb the gas supply value chain.

He noted that the current situation would not have any adverse effect on power supply across the country and indicated that Ghana Gas is doing what is required to resume the plant back to operation,” he stressed.

He assured that adequate backup plans including ENI’s Sanzule in the onshore gas processing plant also in the region and the reverse flow system are enough to prevent any power cuts.