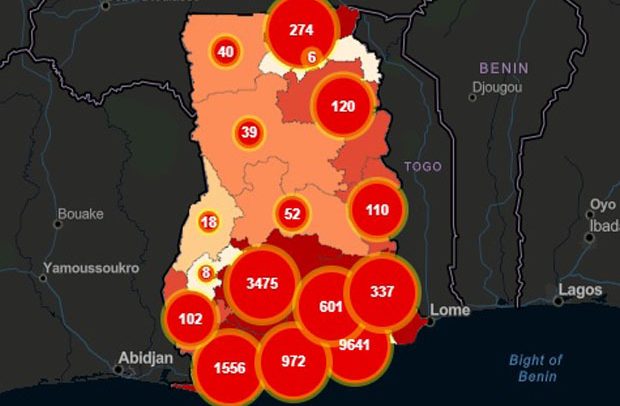 Ghana has recorded some 390 new confirmed cases of Coronavirus.

The Director General of the Ghana Health Service, Dr Patrick Kumah Aboagye made this known on Tuesday, June 30.

He said the cases were recorded in 41 districts.

About 217 of the new cases were recorded in the Greater Accra Region.

Deaths remain 112, he said, adding that the death rate was 0.3 percent.

He says four people were on ventilators.

He stated that the cases in Greater Accra were from three main districts namely La Nkwantana, Ayawaso and Korle Klottey.

According to him, recoveries in Ghana were about 75 percent.