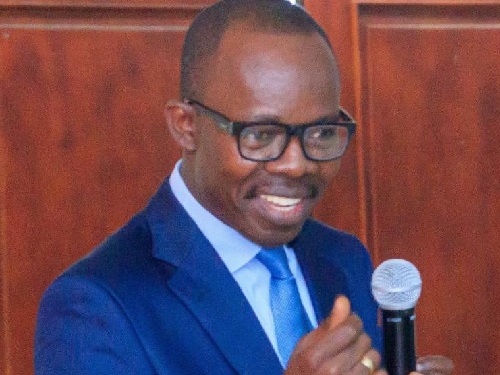 Ghana has been appointed as a member of the Independent Advisory Committee (IAC) of the Global Internet Forum to Counter Terrorism (GIFTC).

A statement from the Ministry of Communications said “this nomination is due to Ghana’s political commitment and human right-centric approach to developing its cybersecurity, as well as its active engagement at the regional and international level to promote responsible use of the Internet.”

According to the statement, Dr. Albert Antwi-Boasiako, the current head of the National Cyber Security Centre (NCSC), will represent Ghana on the committee.

The NCSC was established in 2018 under the Ministry of Communications to coordinate cybersecurity response in government and the private sector.

Within the past three years, the Ministry of Communications headed by Ursula Owusu-Ekuful, through the NCSC, has improved Ghana’s international cooperation efforts in the fight against cybercrime.

In 2019, Ghana chaired the Freedom Online Coalition, an inter-governmental body which promotes digital rights, and during this period, the Government of Ghana collaborated with the German Government to draft a Digital Inclusion Statement which has been adopted by all FOC members.

The Ministry of Communications has also been actively involved in the United Nations Open-Ended Working Group (OEWG), whose activities are aimed at improving international response to cybercrimes.

Due to Ghana’s commitment to ensure an efficient cybersecurity, the ECOWAS Commission has requested that Ghana lead cybersecurity efforts in the sub-region.

The GIFCT was established in July 2017 by a group of companies dedicated to disrupting terrorists’ abuse and misuse of member platforms. The original forum was led by a rotating chair drawn from the four founding companies — Facebook, Microsoft, Twitter, and YouTube.

The GIFCT facilitates knowledge-sharing, technical collaboration and sponsored research towards preventing the use of digital platforms, including social media for terrorist-related activities such as the March 2019 Christchurch attack which killed about 51 people and left many injured.

The IAC is part of the GIFCT and will serve as a consultative body dedicated to maximizing the effectiveness of the GIFCT and establishing engagements among government, civil society, and industry, the statement said.

“Ghana’s membership of the Independent Advisory Committee of the Global Internet Forum to Counter Terrorism is further recognition of our leadership role in improving cybersecurity in the world,” the statement added.