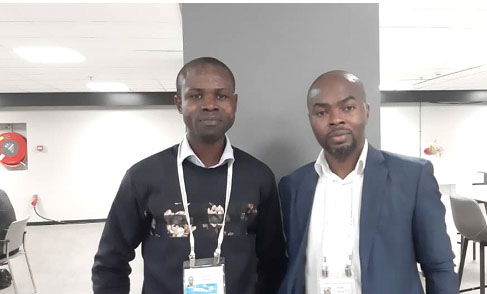 GHANAIAN ENTREPRENEURS have called for strong government support and local funding in order to foster the growth of green businesses in the country.

The entrepreneurs said although government has created a conducive business environment, getting the necessary documentation from government agencies and banks for green businesses was almost impossible as the process was characterized by bureaucracy.

“Documentation and skilled labour has been an issue. Though the government is supportive, when it comes to documentation, the bureaucracy involved is sometimes discouraging,” said Richard Yeboah, General Manager of Green Energy Ghana, a waste treatment startup working to generate biogas from faecal waste.

He also bemoaned the high interest rate involved in securing a loan for green businesses in the country as compared to other countries like the Netherlands.

With an open market like Ghana, Richard noted that green businesses could easily get funding support from foreign investors but, “foreign investments passing through Ghanaians is something that government should look at because the profits do not remain in the country.”

For him, government needed to do more sensitization on green businesses so the population would not only accept but also support such ventures.

“There is some sort of cultural resistance to innovation, because we have been doing somethings in a certain way,  bringing an innovation into that kind of system needs real education and that is where government can help entrepreneurs, ” he said.

Richard and Mark shared their experience as entrepreneurs on the sidelines of the just ended Global Entrepreneurship Summit (GES) co-hosted by the Governments of Netherlands and the United States under the theme, “The Future Now.”

The two entrepreneurs were among five startups from Ghana who made it to the Summit in The Hague to showcase their work, network with potential investors for possible investments and connect with other entrepreneurs in their field.

“We are expecting more people into our network because this GES has given us a lot of opportunity to meet and experience people who have done similar work in our areas so that when we go back home it can impact on our business,” they said.