Ghanaians In US Mad At EC 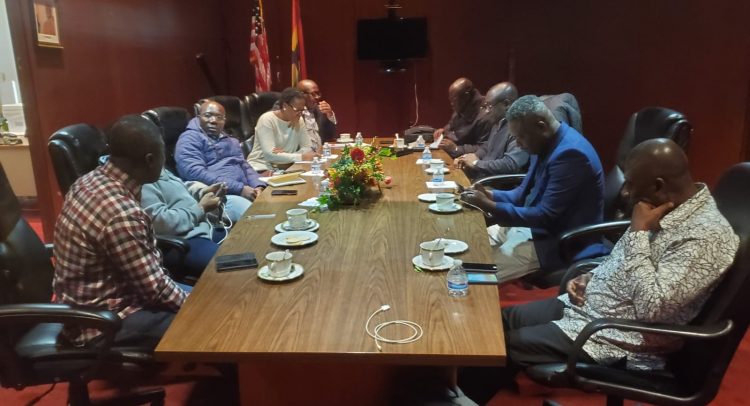 Ghanaians living in the United States (US) are said to be angry with members of the Electoral Commission’s
Representation of the People’s Amendment Act (ROPAA) Committee.

DGN Online sources in the US said they are angry with the Committee due to delays and the “uncoordinated” manner in which it organized its trip to the US for consultative engagements.

According to sources, the Committee on several occasions cancelled its visit to the US only to make a U-turn and hurriedly dash to the US.

As a result, it cannot meet Ghanaians resident in some states as planned.

Those really angry are the ones living in Chicago and in the West, our sources say.

The EC’s ROPAA committee is reported to have only informed officials in the US just a week to the trip, making planning and booking for hotels a hasty affair.

“But they shifted the posts about their coming so much so that visits to other cities such as Newark had to be cancelled. I was involved in Hall acquisition in Newark.

Ghanaians in Chicago and in the West are really pissed off because the delegation cannot make it there,” a source told DGN Online.

The source added “very chaotic and uncoordinated planning. They informed us less than a week so leaders had to hustle and struggle to book places for the events.

Initially, New York’s meeting was scheduled for today (Friday) and Newark’s tomorrow (Saturday). But it’s only NY that will hold its event tomorrow (today).”

The Electoral Commission is on a nine-day working visit to the United States to engage Ghanaians there on the Representation of the People’s Amendment Act.

The implementation of the ROPAA was engineered by diasporan Ghanaians living in the US after the EC failed to implement the law after its passage.

They had to resort to court to get an order for the actualisation of ROPAA leading to the engagements of Ghanaians living abroad for sensitisation on the possible implementation of thier voting rights.

The visit to the US started from November 1, 2019. It is being embarked upon by the ROPAA Committee established by the EC to roll out comprehensive consultations with stakeholders to operationalize the Act.

A statement issued by the Commission and signed by its Deputy Chairman in charge of Corporate Services, Dr Bossman E. Asare, whilst in the US, the delegation will meet with recognized Ghanaian groups in Washington DC, Maryland, New York, Massachusetts, Ohio, and New Jersey, as well as the US Federal Election Commission.

Dr. Asare is leading the delegation and is made up of senior officials of the EC, representatives of political parties and civil society organizations, says the statement.

It said it is expected that feedback obtained from the consultations during the tour will be factored into the operationalization of the ROPAA Act (Act 699) which gives Ghanaians in the diaspora the right to vote.

When Pastors Learn From The Prayers Of Jesus (2) (Will We Pray To Kill Our Enemies?)