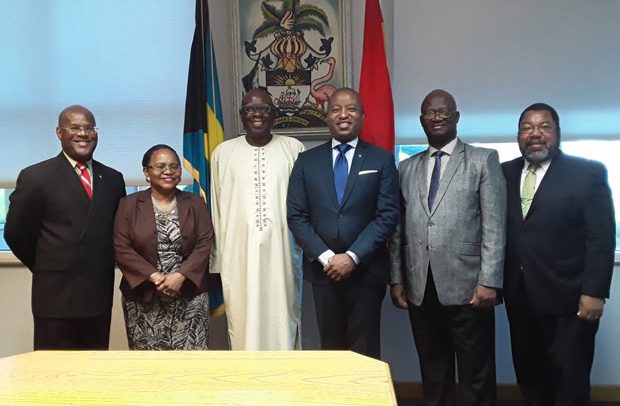 Ghana’s envoy to Cuba and the Caribbean countries, Napoleon Abdulai, has presented his letters of credence to the Bahamian Foreign Minister in West Bay, Nassau.

He also held discussions with the Foreign Minister of the Commonwealth of The Bahamas, Darren Henfield MP.

Both discussed issues of mutual interest including tourism, culture, the year of return, small states and climate change and the hurricane which begins around the West African State of Cape Verde, and possible provision of health workers to the Bahamas and enhancing the African, Caribbean and Pacific (ACP) states. Minister Henfield briefed High Commissioner Abdulai on the disastrous hurricane that struck the Bahamas in September and the efforts government and people are doing to restore broken communities. It will take many years to restore normalcy he said. He commended Ghana for the inroads it is making in the area of agriculture. He was accompanied by his deputy Alhassan Yakubu.

Is The Glass Half Full Or Half Empty At AUCC?