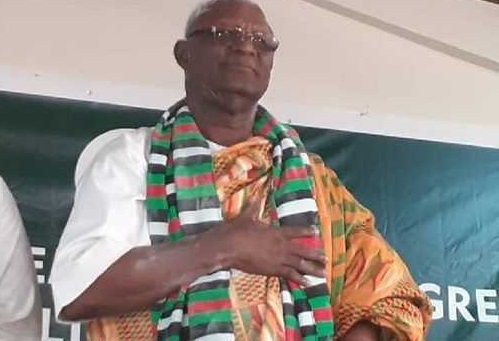 The uptick in the antics of the opposition National Democratic Congress (NDC) over the past few days was aptly prompted by the Supreme Court verdict regarding the proof of citizenship case it took to the apex court for adjudication.

We thought that they believed in the judicial process in the country to deal with everything about the interpretation of the law. Not so anyway following their recent conduct.

Having been disappointed in the outcome of the case in which the party expected the wheel of justice to turn in its favour, elements of the NDC are spawning so many attitudes none of them is decent.

Ghana is today faced with two hurdles – Covid-19 and the NDC. As we have observed in an earlier commentary, the former is easier to manage because of the existing precautionary protocols and therapeutic cocktails. A remarkable number of recoveries have been recorded in the country. Not so with the latter which is packed with so much mischief and political immoralities that those at the helm require special skills to steer away from the minefield created thereof.

One of the duties of an elected government is to secure the territorial integrity of the country. It is on this score that we find it unfathomable that the NDC Volta Regional Chairman, a certain Henry Ametefe, is spewing sorry remarks in the past few days, some of them with the tendency to incite the gullible against the government. That is, without gainsaying it, the goal of his inappropriate conclusions.

His remarks, some of them ethnocentric in mould, represent the position of the NDC leadership since after all he is part of it and so we can proceed to address the nonsense on that score without hesitation.

Any political actor who seeks to cause a rift between one segment of the country against the others is unfit to even dream of taking up the mantle of leadership.

We are aware, as the National Security apparatus too is, that there are plans by the NDC to do what it is used to doing whenever an electoral exercise is in the offing.

Smuggling Togolese and others from across the frontiers of the country is something the NDC has mastery over, having perfected the skills since the country returned to democracy.

The party has profited from such ‘human imports’ from neighbouring countries, with Togo, of course, topping the list. The party has invested so much in this misdeed that watching as the thousands of Togolese on our voters’ register are reduced to nothingness with the compilation of a replacement is causing them insomnia.

With the additional challenge of keeping away foreigners from abusing our territorial integrity following the closure of the borders in the face of Covid-19, there is no national response that supersedes augmenting the security presence along our frontiers with additional troops as it is being done currently.

One of the pains the NDC continues to inflict on the country is the unprintable words spewed by an irresponsible politician in the mould of its regional party chairman over the legitimate action.

The NDC is for Ghana what a bull in a China shop is – destructive and unproductive.

A Confused General And His Demoralized Army!