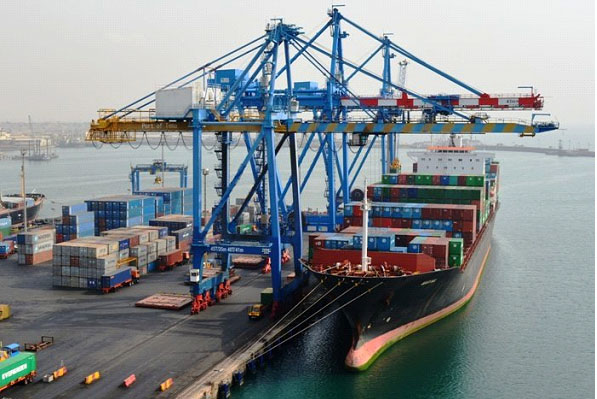 The Ghana Institute of Freight Forwarders (GIFF) has said it will scrutinize the new revision of port tariffs before its implementation this year.

This comes after a recent announcement by the Ghana Ports and Harbours Authority stating that tariffs on imports and exports of cargo will see an increase at the Tema and Takoradi ports from March.

Reacting to the news, the Vice Chairman of the Ghana Institute of Freight Forwarders said they would make the necessary deliberations into the new charges to address any potential challenges that might come with it.

“We have been expecting an increment in port tariffs. Last year, sometime around September/October, there was a proposed increment, and we said we weren’t in favour of the proposed increment at that time because of COVID-19 and other related issues. They came back to us in December, and we asked them to carry on with the implementation of that proposed increment,” he said.

He continued, “In terms of its implementation, of course, there will be deliberations. We will have a look at it and the areas that we are not too comfortable with, we will send it to them. So before March, we should have been able to finalize on the tariffs.”

The Ghana Ports and Harbours Authority has for years announced increments on charges at the Tema port especially.

A letter dated May 24, 2019, signed by the Chief Finance Officer of the Meridian Port Services (MPS), Sunil Bansal, and sighted by Citi Business News, suggested there had been previous communication between the Ghana Ports and Harbours Authority and MPS, indicating that MPS had requested a 10.9% increase in tariffs for its new Terminal 3, which was expected to go live by June 28, 2019.

The increment, according to MPS, was in line with provisions of the Deed of amendment No.1 dated June 12, 2015.

The new tariff, if approved, was to represent an increase of 20 per cent since 2015.

But industry players who were not enthused about the move, kicked against it by staging demonstrations.

The Ports and Harbours Authority, however, later in November, dismissed claims that its agreement with MPS to increase tariffs at the port was a compromise to allow the latter cede 20 per cent retention of container cargo volumes to the former.