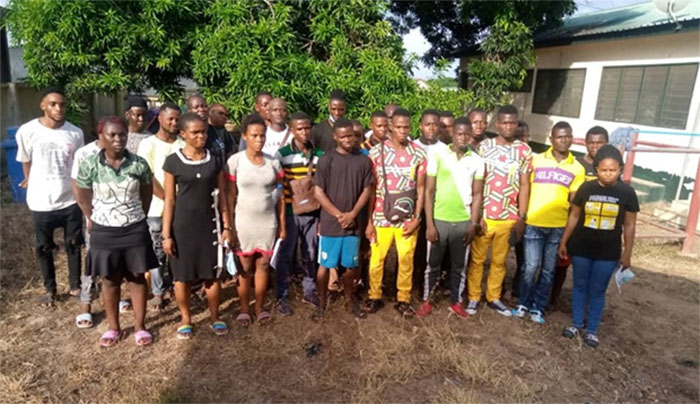 The Ghana Immigration Service (GIS) taskforce “Operation Motherland” and the enforcement team of the Volta Region have arrested 33 illegal foreign nationals from West Africa at various joints of operations.

He said the immigrants were arrested on board a VW bus with registration number GR 5314 -21 on a Ho-Accra-bound transport.

He said the immigrants, who said they were visiting families and friends with some in search of ‘greener pastures’ have since been deported through the Aflao border to their country of origin after screening.

He disclosed that the enforcement team, on the other hand, led by Superintendent of Immigration, Evans Kuedzi, also arrested some 14 illegal Togolese from different parts of the Ho Municipal, who arrived in Ghana’s jurisdiction through unapproved routes to operate ‘network marketing’ schemes without valid authorisation to do business.

Mr Klu-Adjei said they are being profiled and would be handed over to Togo immigration officials after screening.

Mr Klu-Adjei said their intelligence system is well activated and warned Ghanaian collaborators of the use of unapproved routes to desist from such acts for only their benefit.