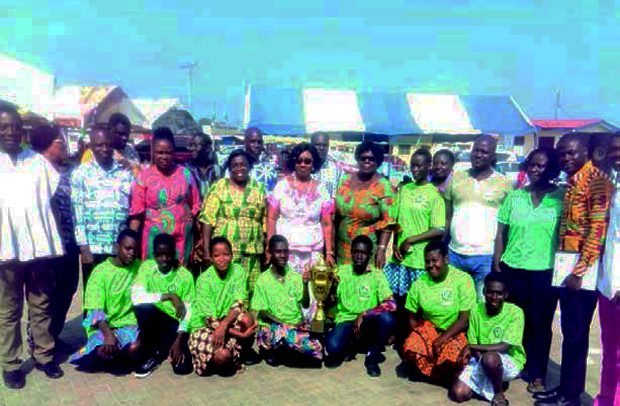 Glo Mobile Ghana says it was proud to associate with the just concluded Homowo Festival because of the colourful and vibrant culture that the people have continued to preserve over the years.

For Glo, associating with the event was a way of creating a bond with the good people of the Teshie community and identifying with them to celebrate and promote the beautiful culture that is so dear to the heart of the people.

The over one month series of activities got to a climax last weekend with a mega match of various groups on the major street of Teshie. The march was witnessed by several thousands of visitors, both local and foreign.

The entire stretch of the road from Kofi Annan Institute’s end of Teshie main road to the Melcom end was blocked to enable a smooth festival celebration.

Highlight of the events on Saturday was a cycling competition which took scores of local and international cyclists on dozens of laps from the Kofi Annan Institute’s end of Teshie main road to the Melcom end.

Later in the evening, the entire stretch of the road and inner streets were converted to fun spots, with residents and visitors enjoying food and drinks from the array of joints and makeshift bars along the road. The partying dragged into the morning hours.

Glo had a good showing at the event with colourful branding on a good stretch of the road at the Kofi Annan Institute end of the road.

Glo SIM activation agents were also on ground to promote the company’s best in class offers? Yakata Plus and Data ? both of which offer the best of data and voice deals.

Glo Mobile congratulated the traditional authorities and the leadership of Ledzokuku Municipal Assembly for another successful festival and prayed that the community would continue to witness peace and progress in the years ahead.