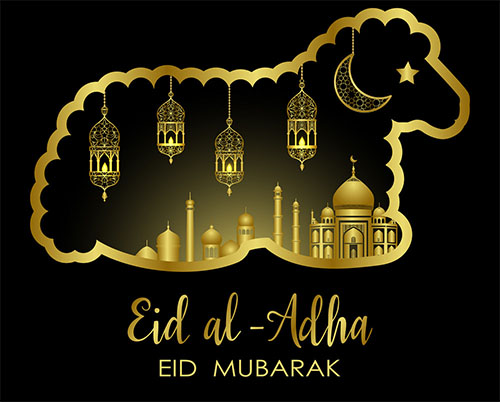 The timing and the subject matter of the Vice-President’s remarks during yesterday’s Eid El Adha congregational prayer at the Independence Square was as apt as it was poignant.

It was about education and the establishment of Ghana’s first all-medical tertiary institution in the Northern Region.

Such a tertiary institution when it takes off will augment the number of doctors in especially the northern parts of the country. The ratio of doctors to our population is below the WHO standard and for this to change positively government must not only establish more medical training institutions across the country, but also must encourage private sector participation in this critical area of our development in consonance with approved standards anyway.

The foresight of the President which translated into his request for the establishment of such a facility in the north from King Salman of Saudi Arabia is worth commending. The reality of our demography as a nation must come into play in the country’s development strategies. Those in the north and the Zongo communities constitute a unique segment of the country and, therefore, deserve special attention in the establishment of tertiary institutions among other facilities which hold a special place in our development agenda.

President Akufo-Addo’s request is a sufficient proof of his foresight in bridging the gap between the two parts of the country, the south and the north. Above all, it is recognition of the place of education in the development of the country, a cornerstone of his stewardship.

Vice-President Mahamudu Bawumia’s call on parents to take the education of especially girls seriously is scriptural because Muslims are enjoined by their faith to take the subject seriously regardless of the sex of the child. It is for this reason that they are told to seek knowledge even if the quest should take them to China.

Fortunately, the free SHS wind is blowing and so there is no reason not to have girls especially avail themselves of the government-given opportunity. We subscribe to the Vice-President’s call that the girl-child be encouraged to take to science-related programmes. There are many more opportunities in the sciences and so the Vice-President’s clarion call, as it is, must be supported by all parents, especially those in the Zongo communities and the inner cities areas where poverty and ignorance continue to torment the indigenes.

Education is the only means of tackling poverty and ignorance – two social diseases whose eradication is receiving priority attention from government.

The free SHS programme is the biggest response yet to the dearth of access to education by many a parent in the country.

The Zongo communities as evidenced by the remarks by some chiefs within this portion of the country’s population stand to benefit immensely from the free SHS programme.

Educating the children of Zongo indigenes and their counterparts in the inner cities is a faith duty. What better occasion to talk about the subject than on a day when Muslims are commemorating the great test of Abraham by God when he was asked by God to sacrifice Ishmael. He passed the test and God replaced Ishmael with a ram.

Let Muslims pass the test of educating their children and smiles would be theirs and the country as a whole. We can only progress from our current state only if we enhance our human resource capacity. Many countries abound which were not endowed with natural resources as we do but are among the developed; they worked assiduously on their human resource capacity and it paid off. We too can do so.