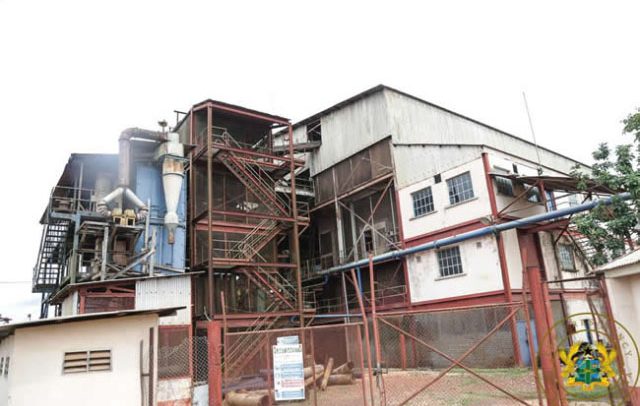 Government has tracked assets of the Ghana Consolidated Diamonds (GCD) Limited in London, which have been neglected for several years.

This was revealed by the President, Nana Addo Dankwa Akufo-Addo, at Akwatia in the Denkyembour District in the Eastern Region on Sunday during a visit to the company as part of his three days working tour of the region.

This was in response to a plea by the Chief of Akwatia, Osabarima Kofi Boateng III, to the President to help secure all assets belonging to the company following the takeover of the company from Great Consolidated Diamonds Ghana Limited (GCDGL), a subsidiary of the Jospong Group of companies.

The chief specifically mentioned the London property and Birim Court, another property of the company in Accra.

The President indicated that the Director-General of the State Interests and Governance Authority (SIGA) had already made some efforts with regard to the property in London.

“We still own the property and have not lost it to anyone. They (SIGA) have been able to identify it, and it is still a property of the company. It is the one in Accra that, I believe, has become a subject of some litigation, but we will look into and seek redress,” the President said, adding “it may probably be that the lease on the property has not been renewed hence its current situation, but, as I have said, we will look into it critically, and get back to you with the results.”

The London asset, according to DAILY GUIDE investigations, is a three-bedroom detached property worth about £1.5 million.

Sources say that the government is in the processes of deciding whether to rent it out, sell it or keep it.

However, information available indicates that SIGA and the Interim Management Committee (IMC) of GCD would keep the property as an asset of the company.

According to sources, three guest houses belonging to the company have been tracked at Winneba in the Central Region, while the Birim Court property the chief spoke about had also been tracked in Accra.

However, information available indicates that for the Accra property, the lease contract between the owner of the property and GCD has expired.

Even though SIGA has made moves to re-acquire it, sources say it is most likely the owner will not give it back to them.

Revival of the Company

“I am giving you the strongest assurance that this matter is of grave concern to me, and I will ensure that whatever has to be done to ensure that the good times once enjoyed by this mine are restored, will be done,” the President said.