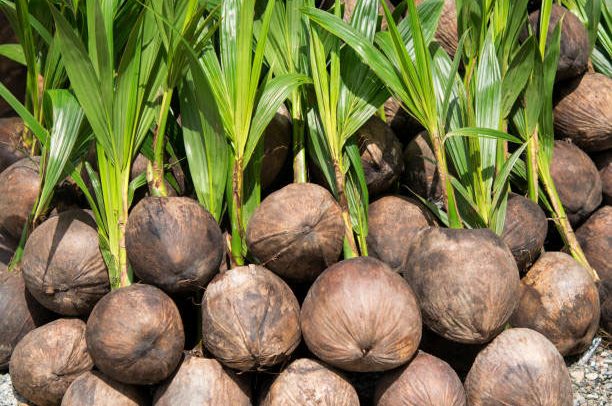 GOVERNMENT HAS put in place measures to deal with deforestation and forest degradation as part of efforts to help promote sustainable use of land and the fight against climate change.

The government is, therefore, committed to invest in forest and make Ghana green. It is for this reason that in June this year, the Forestry Commission is targeting to plant 20 million trees.

The project aims among other things to help grow students’ interest in coconut plantation.

It is an initiative of Goshen Global Vision in collaboration with Council for Scientific and Industrial Research (CSRI) and the United States Forest Service (USFS).

The minister therefore entreated everyone to help in the fight against climate change by planting at least a tree in various environs, schools and homes, in relation to the Green Ghana Project.

“To me it is not by accident that Goshen Vision chose a school in Western Region for the coconut project, because, the region is synonymous with coconut business.

“As a region we endorsed the US Forest Service, three years ago through planting of 5 million coconut tree project which we believe or estimate create wealth and prosperity in the Western Region,” he added.

He stated that undoubtedly, the Western Region is currently the hub of coconut production, and urged the senior high schools in the region to embrace the expansion of the cultivation and sustenance of coconut.

“Given the current unemployment rate in our country, which the government has been working hard to solve, it is important to equip our students in the SHS with the required expertise and entrepreneurial knowledge and skills in coconut cultivation and value addition.

“This will help increase productivity which will generate individual income, and also for the region as well,” he added.

He also appealed to those who are into coconut production to look out for the dangerous pest and diseases of coconut and employ control mechanisms in controlling and preventing them from destroying the coconut plantations.