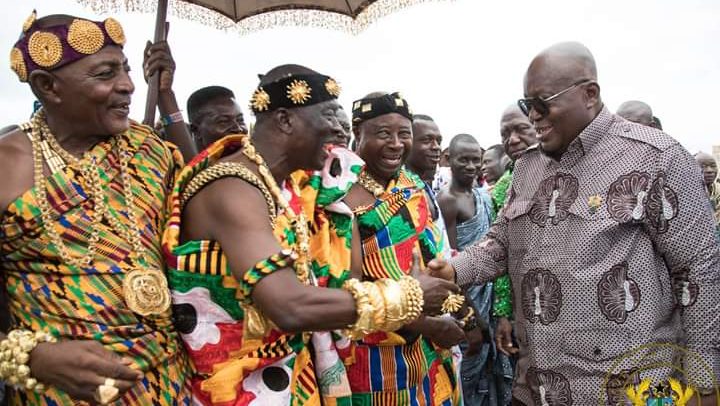 The Ministry of Roads and Highways has commenced a process to ensure the construction of a bridge over the Oti River in the newly created Oti region.

The project which is expected to commence by the end of the year would connect Dambai, the regional capital to Krachi Nchumuru.

President Nana Akufo-Addo made the announcement in response to a request by the Krachiwura, Nana Mprah Besemuna III at Dambai during the inauguration of the Oti Regional Coordinating Council (ORCC) on Wednesday May 15, 2019.

The Krachiwura in his request said the construction of a bridge over the Oti River would be “an icing on the cake” to bring meaning to the creation of the Oti Region.

Responding to the Chief, the President said he was aware the Minister of Roads and Highways have had some discussions with a Dutch firm which was ready to assist in undertaking the project.

He explained that the Dutch company has made a proposal to the Roads and Highways Ministry on a financing arrangement.

Based on that, a feasibility study has been done and a document on financial terms sent to the Ministry of Finance.

The Roads and Highways Ministry is waiting for a no objection letter from the Finance Ministry so it could go ahead and negotiate a construction agreement.

After that is done the agreement would be sent to cabinet, then to parliament for approval.