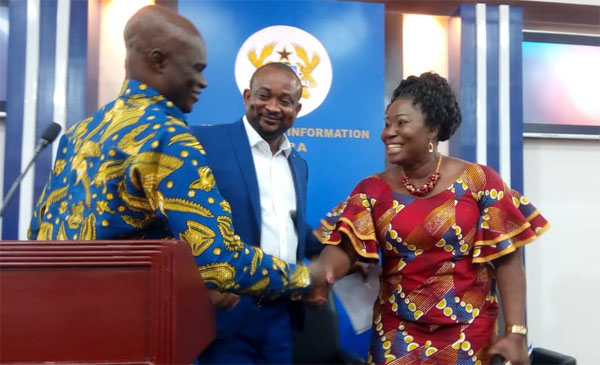 THE PRESIDENT Nana Akufo-Addo’s Government is expected to create additional 80,000 direct and indirect jobs along the aquaculture value chain.

Again, it is to provide additional 50,000 mt of fish over a three year period for the country.

The jobs are to be created under the Aquaculture for Food and Jobs (AFJ) of the Ministry of Fisheries and Aquaculture.

Minister of Fisheries and Aquaculture, Elizabeth Afoley Quaye made this known to the media on Tuesday, April 16, 2019, in Accra.

She said the AFJ programme seeks to support Government’s agenda for jobs.

Touching on measures being put in place to develop the aquaculture sector, she indicated that “the AFJ is to complement the on-going Planting for Food and Jobs of the Ministry of Food and Agriculture.”

According to the Minister, “at full operation, the programme is expected to create additional 80,000 direct and indirect jobs along the aquaculture value chain and provide additional 50,000 mt of fish over a three (3) year period for the country.”

She announced that “the AFJ programme will engage 2,000 youth from the National Builders Corps (NABCO) who will be trained to provide extension services to fish farmers.”

The Minister indicated that “the first beneficiaries of the AFJ is the James Camp Prison Fish Farm.”

According to her, “the focus is on pond construction and management. The government will expand the project to create additional job opportunities under Phase 2.”

Meanwhile, she said “under the Aquaculture Development, the Ministry facilitated the activities of aquaculture operators through the provision of increased extension services and other cost-effective knowledge, skills and technologies.”

In 2018, she stated that “32 dams and dugouts were re-stocked in the then three northern regions, with ten million fingerlings of Tilapia, African Catfish and Heterotis in thirty-two (32) communities. E.g. Kogbufion and Kokoligu (Nandom District), Naburenye (Lawra District), Gentilpe (Sawla Tuna District) and Dikunani (Savelugu –Nanton District). The objective is to augment fish supply and reduce protein deficiencies in these communities.”

As part of efforts to enhance inter-sectoral collaboration towards the development of the aquaculture industry, she added that “the Ministry instituted a National Committee on Aquaculture comprising experts from Academia, Industry and Regulators.”

She noted that the Committee was tasked to deliberate on issues bedeviling the industry and provide solutions for implementation by MoFAD.

Currently, she said educational institutions and other farms have been identified in all regions for the implementation of the project.