Gov’t To Pump $40 Million Into Tourism 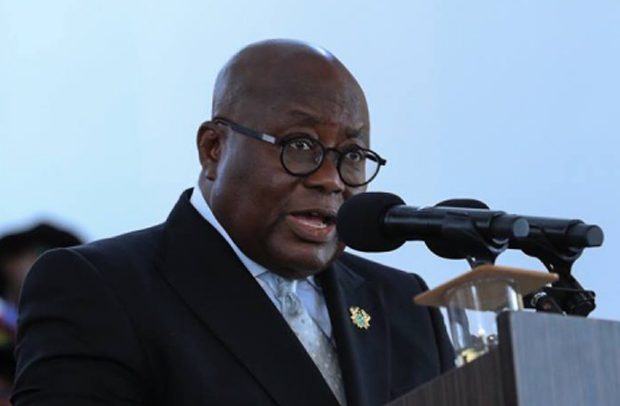 President Akufo-Addo has revealed that a whopping $40 million grant has been approved by the World Bank to improve Ghana’s tourism and creative arts sector.

The president made the disclosure in his State of the Nation Address (SoNA) on the floor of Parliament on Thursday, February 21, 2019.

Delivering his third SoNA since assuming office before members of the legislative house, the president stated that his administration is concerned with the progress of tourism in the country, and so has put pragmatic steps in place to support the Tourism Ministry and its agencies.

The $40 million grant, according to him, would help to make Ghana an attractive tourist site to tourists across the globe.

He also stated that the Tourism Ministry under the auspices of his administration has rolled out a campaign dubbed ‘See Ghana, Eat Ghana, Wear Ghana & Feel Ghana’ to promote made-in-Ghana products.

“Under the See Ghana, Eat Ghana, Wear Ghana & Feel Ghana campaign, the Ghana Tourism Authority recorded a 20 percent growth since its launch to cover to over 600,000 visitations to various tourist sites. The World Bank has approved $40 million grant to support the Tourism Ministry and its agencies to help upgrade tourist facilities,” he indicated.

He also alluded to his proclamation of this year as the ‘Year of Return’ for all Africans in the diaspora.

The ‘Year of Return’ is to commemorate the “400th anniversary of the arrival of the first 20 West African slaves in the Commonwealth of Virginia in what was to become the United States of America. We intend to use the symbolism of this ‘Year of Return’ to bring together Africans, persons of African descent and all well-wishers…of freedom to strengthen the commitment to ensuring the blacks in our history, ie the Trans-Atlantic slave trade and slavery, never reoccur,” President Akufo-Addo said.