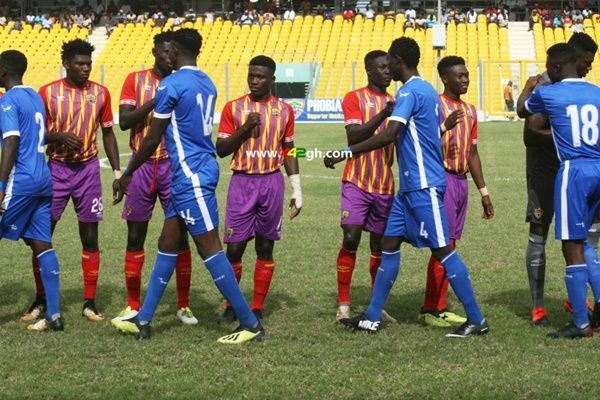 The Phobians showed no mercy to their rivals in their Ghana Premier League encounter on Wednesday.

Hearts of Oak proved too strong for city rivals Great Olympics as the Phobians registered a 4-0 triumph in their Accra derby in the Ghana Premier League on Wednesday.

A Benjamin Afutu double and a goal each from Joseph Esso and Daniel Afriyie secured full bragging rights for the 19-time league champions in the matchweek 13 fixture at the Accra Sports Stadium.

The win sends the Phobians to seventh position on the standings while Oly are one place above the relegation zone.

Yahaya Mohammed went joint top on the goal scorers chart after netting the only goal in Aduana Stars 1-0 away win over WAFA in Sogakope.

Stephen Amankona’s brace for Berekum Chelsea was enough to hand them a 2-0 win over Legon Cities at the Golden City Park.

King Faisal were denied their first win in the League after they allowed Ebusua Dwarfs come from a goal down to beat them 2-1 in Cape Coast.

Bechem United pulled a surprise as they stunned Ashanti Gold 1-0 at the Len Clay Stadium in Obuasi.

Medemea SC maintained their impressive home run with a 2-0 victory over Eleven Wonders.

Karela United were able to hold Dreams FC to a goalless stalemate in Dawu.

1V1D: Not A Single Dam Has Dried Up – Ministry Of Special Dev’t Initiatives 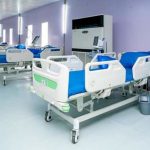 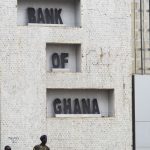