GSS Boss Calls On Northern Regional Minister Ahead of 2021 Census 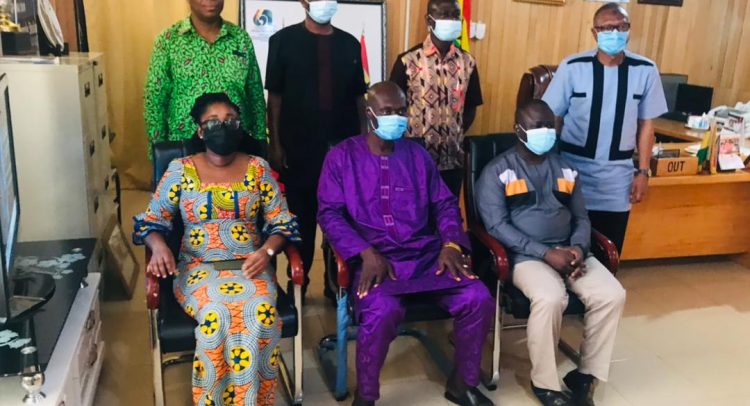 The visit took place in Tamale in the Northe region.

Mr Annim was however worried about boundary disputes and appealed to the regional minister to help ensure that it did not affect the 2021 census exercise.

“ issues related to boundary disputes is not the mandate of the Ghana Statistical Service but that of the ministry of local government and rural development and we risk impeding the census by not counting people which lead to we leaving out people who are very vulnerable.”

Prof. Annim appealed to the minister to add his voice to the calls on the people in the region to dissociate themselves from boundary disputes with the 2021 census.

He also mentioned of areas in the region which were prone to conflicts hotspots and called for a collaboration between REGSEC and the regional census implementation committee to get access to the various locations prone to conflicts to avoid a situation of some people being left out in the census exercise.

He urged the minister and other opinion leaders in the region to play ambassadorial roles to let people know the relevance of the census exercise.

He revealed that government had procured over 75,000 tablets for the 2021 census exercise.

“ This is an investment that the president has requested that we ensure it’s reused for other activities so for that reason it’s important to ensure that it’s kept in a safe place and also we get office space for those who are going to do these activities.”

On his part, Mr Shaibu thanked the Government Statistician and Chief Census Officer for the visit and assured him of his full cooperation and support to ensure that the 2021 census exercise was executed successfully in the northern region.

“ There’s no way I will be able to ask for development for my people when I do not know the number of people , properties among others which are within my region and so I can assure you of my total support for a successful census exercise.”