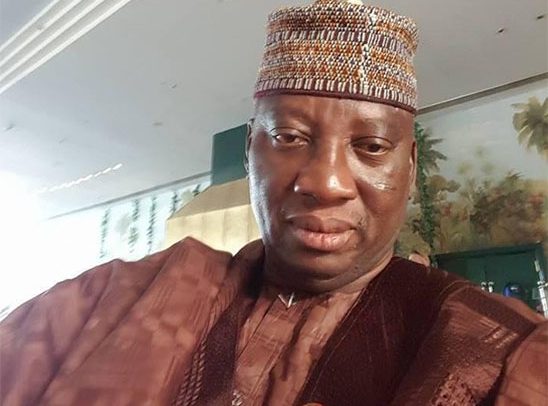 A renowned Islamic cleric has wondered why some Muslims think the annual Hajj is mandatory on every member of the faith, saying it is for those who can afford it monetarily and physically.

The retired Imam of the Ghana Armed Forces and former Ghana envoy to Egypt, Lt Col Umar Sanda, centered his Friday Khutba or sermon at the 37 Military Hospital Mosque on June 17, 2022, saying that “Hajj essentially as a pillar of Islam is ranked at the bottom of the edifice, Zakat or the payment of personal tax by every Muslim, is mentioned alongside Salat, the five daily prayers, in several places in the Quran thus, giving prominence in the scheme of things.”

To underscore the position of the Islamic faith that the Hajj is not mandatory on every Muslim, he referred to Patriarch Abraham’s call thus, “They will come on foot and lean beasts of burden through mountainous terrain (indeed with difficulty), to bear witness to the blessings therein.”

Hajj by implication, he pointed out, has never been a picnic affair, being fraught with challenges over the ages.

“Apart from the element of difficulty spelt out above, it is dependent on ‘ability’,” he said.

Ability, he said, is explained as financial resources and physical health, adding that there should also be a provision sent forward in the form of God consciousness.

Those who do not meet the aforementioned criteria, he emphasised, are not obliged to embark upon the pilgrimage, pointing out that “Allah does not need the Hajj to regard one as spiritually upright. Those who embark on the Hajj with illegitimate resources are not rewarded but rather cursed.”

Of utmost importance in this year’s Hajj is that for two years Ghanaians have not been able to embark on the pilgrimage because of factors beyond their control, he said, adding that the global pandemic played a major role in denying us the opportunity.

As the pandemic ebbed away, he said another pandemic, this time economic, emerged to make all projections null and void.

The foregone, he explained, have compelled Ghanaian intending pilgrims to rethink their plans. “Those who had the ‘ability’ are poised to go on the Hajj, and those who clearly do not, can’t go and should have a God consciousness that their time will come.”

It’s not enough to apportion blame when the authorities in the host countries are now using IT-influenced process, he said.

He posed a question to Muslims: “How many of the intending pilgrims have paid their Zakat over the past five or 10 years? We seem to place more relevance on Hajj than Zakat that is in place to improve our human conditions, purify our wealth and prepare us to stand before Allah on the Holy grounds of Arafat.”

He called for a National Zakat Office across the country to administer the important pillar as we build mosques to observe the Salat.

“Does the agitation on social media solve the problem when we say ‘the poor’ have or are being denied the Hajj? Does the poor go on Hajj?” he asked and prayed for a better understanding of the religion.