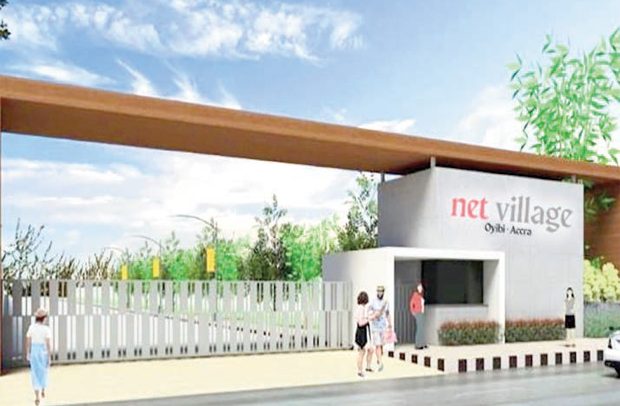 Established estate developer, Net Village, a subsidiary of Net 36 Vista has presented a cheque for GH¢7,000.00 to Metro TV, owners of Original TV.

The presentation held at the office of Metro TV was in fulfilment of a cash prize for the second placed team in the recently held Media Olympics at the El-Wak Sports Stadium.

CEO of Net Village, Dr. Bernard BNA Yartey said, “We are indeed impressed with the level of competition and fair play displayed by the media houses.

“It is the maiden edition but as you can see, it lived to its billing, We kit all the teams, the trophy is beautiful to behold, and the GH¢10,000 cash prize was what raised the stakes. Next year will be bigger, I can assure you that.”

It was Dansoman-based Kantanka TV that emerged the overall winners in the football competition after beating Original TV 3-2 on penalties.

And for their efforts, they took home a mouthwatering GH¢10,000 cash prize and a giant trophy.

TV3 emerged tops in table tennis, while GHOne won the ultimate in basketball.