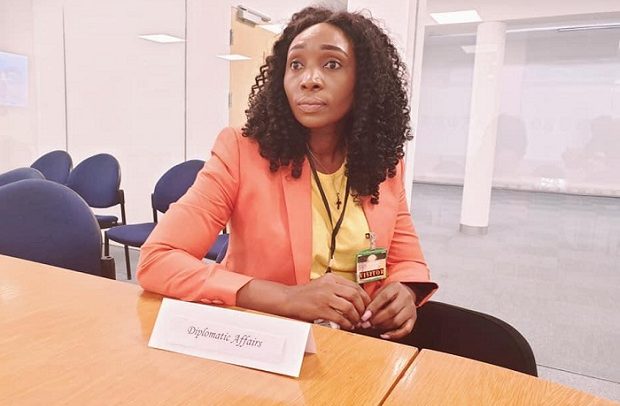 Host of Diplomatic Affairs and Dean of the Press Corps of the Ministry of Foreign Affairs and Regional Integration, Harriet Nartey, has been chosen by the Egyptian Embassy to represent Ghana at this year’s media and the African cooperation summit.

Me. Nartey is expected to bring her years of experience in the media and foreign diplomacy to bear on the programme which will draw participants from 32 African Countries.

The conference which is being organized by the Egyptian Agency for Partnership for Development with an objective to forge south – south cooperation for socio-economic development will bring together senior media professionals from Africa to the Egyptian capital of Cairo.

Secretary General of the Egyptian Agency for Partnership for Development, Ahmed Shaheen, emphasized that “Through such education and sensitization, citizens can be motivated to embrace steps being taken to afford the prerequisites of development which include health, security, and cooperation.”
Topics to be discussed by participants at the 10 day summit will include the role of the media in combating societal ills such as corruption, ignorance, and violence; the media and promotion of the role of women; economic integration, and crusade against terrorism and extremism.
The Egyptian Agency for Partnership for Developments was launched in July 2014 through
merger of the Egyptian fund for technical cooperation with Africa and the commonwealth of independent states.