Have Learnt My Lesson After GH¢65,000 Court Fine- McBrown 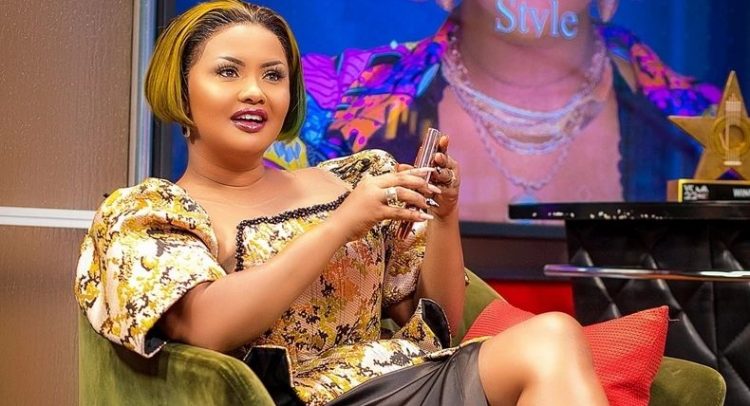 Actress and host of United Showbiz on UTV, Nana Ama McBrown has said she has learnt a lesson from her recent contempt of court case.

Nana Ama together with showbiz pundits Mr Logic, A Plus and Afia Schwarzenegger was cited for contempt by a Tema High Court.

This was after they passed comments on UTV about a lawsuit against Afia by Chairman Wontumi, the Ashanti Regional Chairman of the New Patriotic Party.

Earlier reports alleged that Nana Ama paid a sum of GH¢65,000 as a fine from the court case.

Speaking on her show on Saturday, she promised to tread cautiously on the show together with her guests when next they discuss lawsuits.

She went on to employ social media commentators to be measured when discussing matters before the court.

“We were in court on Thursday and I just want to share my story to serve as a deterrent to others.

This is for people who work on radio, television, and social media. Today is my turn, yours might be next but I pray that this might be the last. I don’t want to see anyone in trouble.

“In the end, the judge ruled that our boss at UTV, Fadda Dickson was discharged. It was I, the host, A Plus, and Mr Logic who were fined, I must say that we were so lucky. The fine was a warning to us but I must thank God for his grace. We were able to instantly pay our fine due to his blessings upon our lives. We had the strength and means to settle it and paid to the court. We paid GH¢60,000 each to the court and an extra GH¢5000 to the lawyer,” she said before adding that she learnt her lesson.