Have We Lost Our Values And Morals? 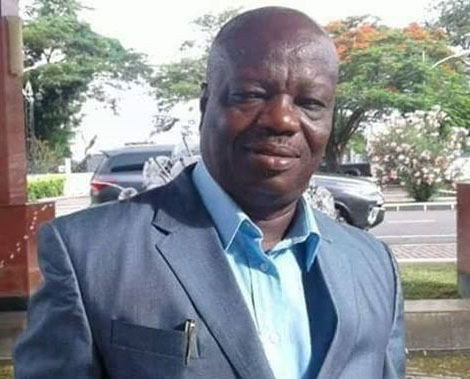 HMy main mission is to alert all of us, whatever may be our political affiliation, of the truth that Ghana faces a number of crises – a religious crisis, a moral crisis, a social crisis, a discipline crisis, a financial and economic crisis and a political and constitutional crisis. All these sectorial crises add up to the theme of our present day talks: GHANA: A NATION IN CRISES – William Ofori Atta (J.B.DANQUAH MEMORIAL LECTURES, 18 SERIES, FEBRUARY 1985).

Thirty-four years after the late statesman and one of the Founding Fathers of modern-day Ghana made these observations, have we moved out of the crises he enumerated above as a nation or the crises have become worse? Have we done better in our religious relationships of all kinds for the good of the nation and the individuals who belong to the various religious groupings? Have religious teachings changed our attitudes towards one another?

What benefits has the proliferation of religious groupings brought to the individual practitioners and their relations with other citizens, their own ways of life and to the benefit of the state generally? Have our strong attachments to our religious faiths improved our societies or we just display how godly we are while we engage in acts and conducts that affect the nation negatively? Indeed, we are in religious crises of some sort.

Today, church leaders and pastors have taken over the roles traditionally left for the family. In taking decisions that affect their lives, church members would rather listen to their pastors and elders more than their mothers, fathers, uncles and elderly siblings. However, when the vicissitudes of life entangle us, it is the same family members (who were neglected) who become the rock that supports us. In some instances, faith has taken over critical thinking and we do nothing productive but expect spiritual solutions to our physical and material needs.

When we do not achieve what we want physically and materially, we blame everyone but ourselves. Religion has become a precursor of what is bad and scary, instead of furnishing us with hope and comfort. Predicting the death of prominent persons in our society by religious leaders is nothing short of a crisis.

Our nation has already fallen into an abyss of moral crisis. Ghana has lost whatever values it had which shaped our society and made us distinct from other people. The principles of good behaviour, the goodness and rightness which are unwritten but generally accepted by society, have fled from our society and depravity, dishonesty, vanity and unethical behaviour have become the norm rather than the exception in our everyday life. We have no values to hold on to except those copied ones unrelated to our social and family lives – a major crisis of irreparable nature.

The growing incidence of some teachers sleeping with their pupils, grown-up men dating young girls who are too young to be their grandchildren and the shameless acquiescence of these ‘grandchildren’ for acquisitive purposes, are a major indication of how morality in our society has sunk. It is further deepened by the fact that parents do not question the source of the wealth of their young unemployed children, knowing very well that they do not work and earn incomes from anywhere.

People in positions of trust are leading lives that cannot be supported by their known incomes. Society applauds them and classifies them as successful members of our nation. They are the chairmen and chairwomen of societal functions since they can dip their hands deeper into their pockets to bring out some of the ill-gotten monies for whatever cause.

That some people employed by the state to take care of the sick and the vulnerable in state health institutions would refer them to their private health facilities and charge them exorbitantly to deliver health services is a complete loss of values and moral principles. In some cases, these same sick people transferred from public health facilities are brought back to the same facilities for final treatment where surgery is required, for example. It has become accepted in our society. The moral crisis Paa Willie spoke of some 34 years back is at its peak.

Any nation or any group which loses its values   is akin to salt losing its taste; it is like a piece of cotton at the mercy of the wind, blowing anyhow. Strangely, part of our educational curriculum captures what is described as ‘Religious and Moral Education’. Pardon me if I do not know what it is. But I think I have the right to ask: whose religion and what type of morality is being taught in the schools and whose morality? The children come out and most of them are as morally depraved like some of the elders from whom they learnt. That crisis is worse than in 1985.

Need I talk about the social crisis? We have more children on the streets today in Ghana than we had some 34 years back. These street children did not come from the moon; they were brought into this world by people who believed they were grown enough to take care of children. It is only when the children came to the world that they realized they were incapable of taking care of them. Many aged people have been abandoned by their families for whatever reasons.

The fate and future of thousands of young people hang in the balance because job opportunities are limited; frustrations in their lives keep mounting as the day passes by. In their desperation, some tend to destroy themselves and would not care if they should drag a section of the society with them; hence the increasing spate of drug abuse and robbery and daylight murders. Homelessness, scarcity of potable and healthy drinking water and quality education for the majority are part of the social crises confronting us.

Some of the problems above have given birth to uncontrollable undisciplined behaviour across the board. Our attitudes towards simple rules and regulations of dos and don’ts have been thrown to the wind. We have become too lawless as a people. Civilians can confront peace officers and assault them in the performance of their duties. Some security officers and other law enforcement personnel have also arrogated the laws unto themselves by punishing citizens before the law finds them guilty.

Public officers appropriate public resources carelessly as though there is no tomorrow. Discipline, a key to organized society, has eluded us as a people and that makes development and progress a difficult thing to achieve. A developed society is one where orderliness becomes a norm and not chaos as an accepted way of life.

As for the financial and economic situation, the least talked about, the better. All known economic modules and financial therapies have been applied since 1985, but the reality of the situation is that the nation is still finding it difficult to stabilize its economy. “Times are hard” has been the cry since the last 34 years when Paa Willie declared our economy and finances as being in crisis.

At the time, he still considered our political and constitutional environment as being in crisis. Indeed, they were because the Constitution had been abrogated and an autocratic regime was in place. Eight years later, we returned to constitutional governance, thus solving part of the crises. But can we say we have overcome the difficulties associated with constitutional rule?

When a constitution ties the hands of the President as to the number of people he can appoint as ministers and from where, and so much power is also entrusted with the President in managing public institutions such as the Police Service, then we are in a crisis. Paa Willie’s concerns in 1985 have not been addressed 34 years on. If anything, they have worsened over time.

I am compelled to go back to Daavi for some three tots.