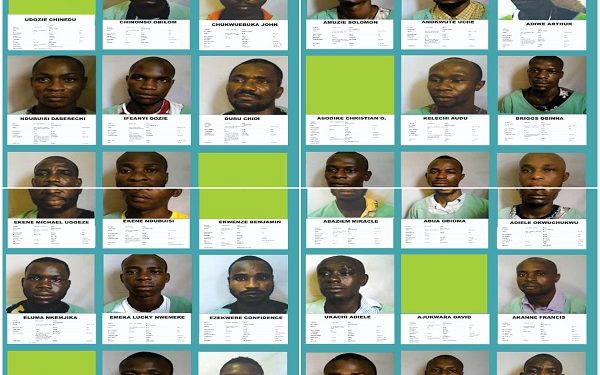 Ghanaian security agents, especially the Ghana Immigration Service (GIS), are on high alert over the possible heading to the country of escapee Nigerian prisoners.

The Comptroller-General of the GIS has in view of this possibility put all its controls or formations on high alert for the possible entry of the hardened criminals.

A wireless message titled ‘Prison Break In Nigeria’ originating from the Comptroller-General and sent to all controls and copied to management staff and regional commanders, directs personnel to be on the lookout for the entry of the said prisoners.

The wireless message points at the information about the prisoners escape, and read “information gathered by the Service indicates that more than one thousand, eight hundred prisoners escaped from the Owerri Custodial Centre, Imo State-Nigeria on Monday, April 5, 2021.”

The DCG/Operations, Laud O. Affrifah, on behalf of the Comptroller-General, directed officers in the various commands to take note and be on high security alert to, as the message put it, “prevent the entry of these criminal escapees from entering the country.”

Nigerian authorities have already declared the said criminals wanted, and so the Ghanaian action would inure to their benefits in the event of their arrest along the country’s frontiers.

Gunmen using rocket-propelled grenades, machine guns, explosives and assault rifles on April 5, 2021, attacked the Owerri Correctional Centre in the south-eastern part of Nigeria, making way for the escape of around 1,800 prisoners.

The prisoners were said to have used the explosives to blast their way into the prison yard through the administrative structure of the centre.

Owerri was part of the moribund part of the Biafra during the Nigerian civil war. The secessionist group, although somewhat active in recent times, has denied responsibility for the prison attack.

It was an action which added to the security woes of Africa’s most populous country.

The three services of the Nigerian Armed Forces are already on a war footing against bandits who are especially active in the northern and middle belt of the country.

The lives of officers and men of the Nigerian Army have been claimed in the ongoing war against bandits, particularly Islamic insurgency group, Boko Haram.

Nigerian criminals have been collaborating with their Ghanaian counterparts, as evidenced from some high profile robberies in Ghana.

The murder of the Takoradi girls comes to mind. Although the borders are officially shut, the porosity of the country’s frontiers as it is with the neighbouring countries, ECOWAS citizens are able to come and go with relative ease.

Occasional arrests do occur but many think that is only a tip of the iceberg.

The security agencies are not ruling out that the Owerri prisoners would attempt reaching Ghana.