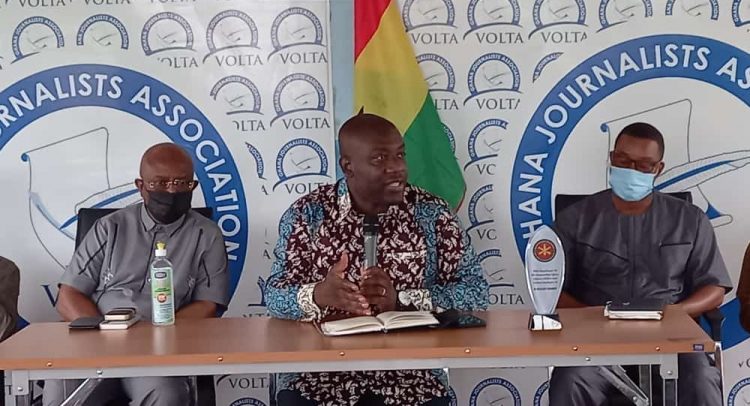 Ho has received yet another endorsement, as one of the cleanest cities in Ghana. This time, not only was it described as clean, but also endorsed for having clean air.

Kojo Oppong Nkrumah, the Minister of Information was the one who gave this latest endorsement. He said, “Ho not only looks and feels clean, but also breathes clean.”

The Minister who was struggling to find the perfect words to explain his experience noted that the level of cleanliness is something that must be emulated by other city authorities across the country to make Ghana’s dream of becoming the cleanest in Africa a reality.

He made the remarks in Ho when he interacted with the media at the Ghana Journalist Association (GJA)-Volta Press Center. The interstation was part of the Minister’s nationwide media tour.

He observed that the initiative has seen an improvement in hotel bookings and visits into the region.

“Here in the Volta Region you are embarking on a fantastic initiative – the ‘Visit Volta’ initiative, and already the tourism numbers that are coming in, if you check from the hotels, are beginning to demonstrate, over the weekends, that people are responding to it,” he said

The Visit Volta Initiative is a concept birthed by the VRCC, the Ghana Tourism Authority, the Association of Ghana Industries and other partners. The concept leverages on the influence of renowned media personalities who hail from the Region, as ambassadors.

The ambassadors include the 2017 Journalist of the Year, Bernard Avle, veteran MC and Broadcaster, Kafui Dey, Dzifa Gbeho- Bampoh, Emefa Apawu among others.

Mr. Oppong Nkrumah who was once a Journalist acknowledged the media’s role in driving tourism and investments and urged them to do all they can to make the Visit Volta initiative a success.

The Visit Volta drive coincides with this year’s Volta Trade and Investment Fair slated for November 2021. The Fair which is the Fifth in the series hopes to make the region a leading tourist destination in the sub-region and also attract investments.

The Volta Regional Minister, Dr. Archibald Yao Letsa commended the media for their consistent support of the good initiatives of the government in the region and hoped it will grow stronger.

The GJA Volta Chairman, Anthony Bells Kafui Kanyi welcomed the Information Minister’s visit and commended him for leading an initiative to transform state-owned media houses in the country.