I Am Disappointed In Akuapem Poloo’s Management – DKB 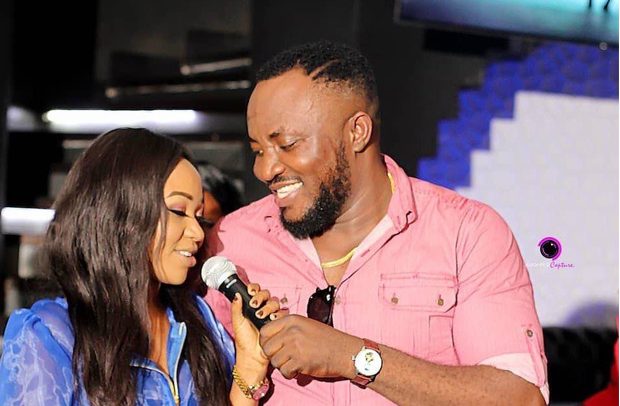 Derick Kobina Bonney, popularly known as DKB and management of Akuapem Poloo have been having a go at each other over the comedian’s decision to raise funds to support the incarcerated socialite and her son.

In an interview with NEWS-ONE on Tuesday, DKB said he was disappointed and hurt by the posture of Poloo’s management.

On Sunday, DKB on social media circulated Akuapem Poloo’s bank account and MoMo number details for those who have been bugging him to reach out to her with some help.

“Gotten all the details from her. So here you are, feel free to support an embattled sister and her handsome son. God bless you,” he said, suggesting he got permission from Poloo to do that.

But Akuapem Poloo’s management on Monday put out a caveat distancing itself from DKB’s quest to raise funds for Poloo. According to Manager, Divine Jones, the management team has not granted any permit to DKB to that effect, hence he should stop such a move.

“For me I understand how people are sympathising with her, how everybody is trying to cope, some people are really coping, others are just pretending, others are all hypocrites, but my point is that, I think whatever donation that is going on is wrong,” he indicated.

“You should be able to consult Poloo’s management or you should be able to consult Poloo’s legal counsel, you can’t just go out there to start getting donations, for which purpose are you getting the donations? Is it for the child? Is it for the mother?
“Excuse me! With all due respect, she is loved by many and hated by many, if you want to do something of that sort, to try to show that you actually care, I feel at least the attention of the management team should be drawn or the legal team should be drawn, we can’t just go out there and put a certain number out that we are taking donations…What I actually saw that didn’t make me comfortable is via bank account above 1,000 Ghana cedis, No! It’s wrong,” he added.

But DKB in a response said he “feels like they are jealous of the beautiful energy between her and me. I feel they wanted to rubbish all my hard work for the girl. They want to tarnish my image. Meanwhile, he doesn’t even have a binding contract with her. I’m very disappointed and hurt by their action.”

He also threatened to sue the supposed manager for defamation, insisting he consulted Akuapem Poloo when putting her details for donations.

According to DKB, he visited Poloo and she said she didn’t have any management contract with Divine.

“The guy who claims to be the manager, I want you to know he doesn’t even have structures. The whole management thing, there is no structure because if there were structures Akuapem Poloo would have told me to seek her management,” he indicated.