I Am Gay – Referee Admits 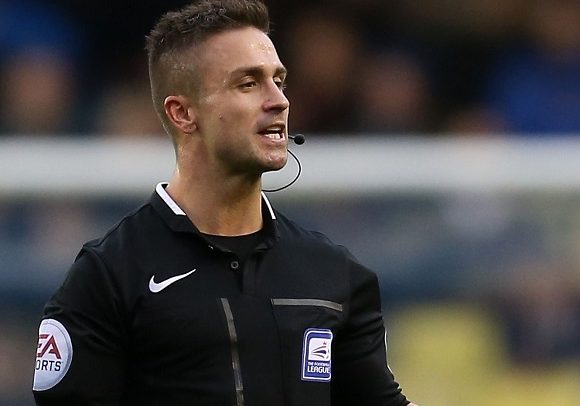 James Adcock is a familiar figure in the English game, having refereed more than 500 matches in a career that has taken him from amateur level all the way to the Premier League.

In an exclusive interview with the BBC’s LGBT Sport Podcast to coincide with National Coming Out Day, Adcock has been reflecting on his time in the game – and explaining why now is the right time to open up about his sexuality.

As a child of the ’80s and ’90s, Adcock was used to hearing the same tired stereotypes – that people who loved sport couldn’t be gay as well.

Adcock, who is from Long Eaton in Derbyshire, didn’t come out until he was 27 – but his experiences within the game have been nothing but positive.

“As I was going from part-time to full-time in football, some knew and some didn’t,” he says.

“Now all my colleagues know, and it’s just the norm. And, to be honest, there’s been interest from colleagues saying, ‘I’m proud of you James, that you’re able to be openly gay in sport,’ because they know the barriers that are still in place.

“They’re fully supportive and don’t change the way they are around me or the way they speak to me because they thought I was a heterosexual guy, and now they find out I’m a gay guy.

“I don’t need to wear a T-shirt saying: ‘I’m James Adcock and I’m a gay guy.’ People know and just accept it.

“I’ve not had any homophobic abuse thrown at me, and I can’t tell you a story where I’ve had to combat or overcome that.”

“Just treat me the way you’d treat anyone else,” he says. “You’re there as a supporter, a player or a manager – and you judge me on my performances.

Private Sector Should Tap Into NSS