I Am Still Relevant In The Music Industry – Noble Nketsiah Claims 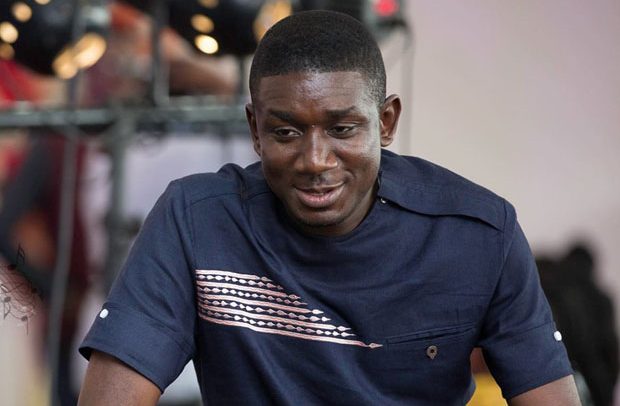 After 20 years of being in the gospel music industry, gospel artiste, Noble Nketsiah, says he is still relevant in the Ghanaian music industry even though he has been off the music scene for some time now.

The gospel artiste believes that his time as a gospel artiste hasn’t passed since he is still a blessing to people who continue to listen to his music.

According to the ‘Mommra Metie’ hitmaker, Ghanaian music lovers as well as his teeming fans who still listen to his music find him relevant and are inspired by his music.

Noble Nketsiah, who released his first album titled, ‘Yesu Do’, that had inspirational songs like ‘Adom Arakwa’ (Just His Grace) and ‘I’m Thirsting For You’, was speaking in an interview on Showbiz 927 on 3Fm with MzGee.

With five albums and many hit songs to his credit, Noble Nketsiah, who acknowledged the love and support received from fans throughout his career, revealed that he had so far written and produced over 68 songs out of which 52 of them were released.

When asked if there was a point he had to write songs for others, Noble Nketsiah answered in the affirmative, adding, he sometimes gives others the opportunity to write their own verses on features if they want to.

His songs mainly project the faithfulness of God and the reason why Ghanaians should give thanks to Him as long as they live on this earth.

Noble feels it is time for him to make his musical inspirations felt on the music scene and hopes his upcoming singles will break barriers just like his previous releases.

Noble has performed in all regions of Ghana and in some countries in Europe such as France, Germany, Italy and Canada.

Due to his remarkably unique performances in past years, Noble has received a number of awards and recognitions both locally and outside Ghana.