I and My Deputy Have Never Been Paid – Amidu Reveals 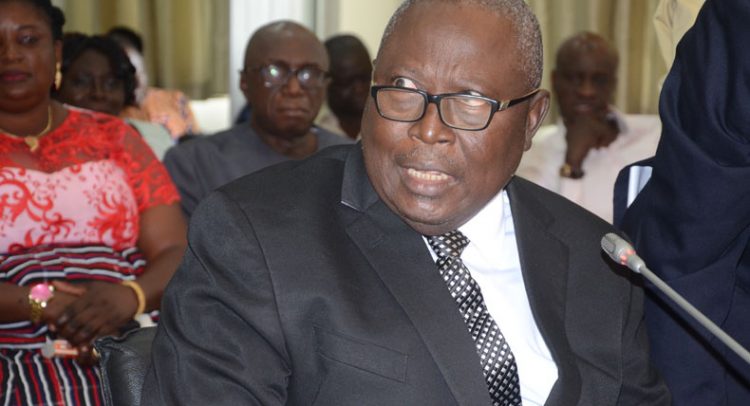 The Special Prosecutor, Martin Amidu, has stated that he and his deputy have never been paid since they were appointed by President Nana Akufo-Addo.

Mr Amidu and his deputy took office in 2018.

And in his lengthy four-pages resignation letter to Mr Akufo-Addo on Monday, November 16, Mr Amidu revealed their salaries have not been paid since their appointments.

“ I accepted your (Akufo-Addo) offer on 10th January 2018 to be nominated the first Special Prosecutor because Your Excellency, Mr President, and Ghanaians knew I have been a non-partisan anti-corruption crusader all my life and not an anti-corruption entrepreneur.”

He added that “this explains why I have never put the emoluments and benefits of the Office as central to my commitment and my passion for the establishment of a non-partisan and independent, effective, efficient and impartial anti-corruption Office of the Special Prosecutor before the end of the term of Your Excellency, Mr President. This has not been possible for several reasons, including those expressly stated hereinbefore.”

According to Mr Amidu, “I have delayed since 2nd November 2020 in submitting my letter of resignation to Your Excellency to enable me to formally facilitate a smooth transition from my tenure to the Deputy Special Prosecutor’s, who by law has to act as the Special Prosecutor for the meantime. She has also not been paid any emoluments since her appointment, and you may wish to redress that situation for her now that I am out of the way.”