‘I Can Sleep In Peace Under Akufo-Addo’ – Alavanyo Chief 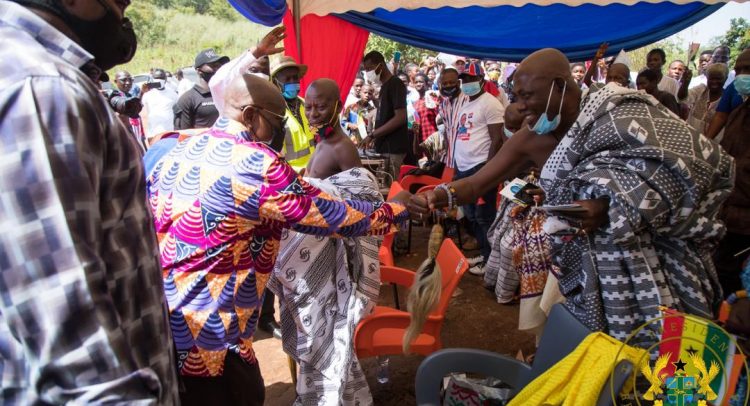 The Paramount of Alavanyo Traditional area, Togbega Tsedze Atakora VII says he can now sleep with “both eyes closed.”

It follows the relative peace being enjoyed by the chiefs and people in the area in recent years.

At the commissioning of the Tsatsadu mini hydro plant in Alavanyo which is set to add 45megawatts of electricity (power) to the national grid Saturday, he therefore commended President Akufo-Addo and his NPP administration for helping to bring an end to the perennial clashes between the people of Nkonya and Alavanyo which has been raging from time immemorial. 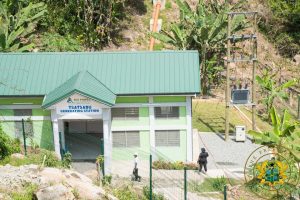 *President Promises Peace*
President Akufo-Addo promised that his administration is committed to ensuring that Alavanyo and Nkonya enjoyed peace to ensure sustained development.

He therefore observed that the current peace that is prevailing in the Alavanyo area is welcome news.

He thus, urged the Chiefs and People of the Alavanyo traditional area to do all within their power to maintain the peace of the area. 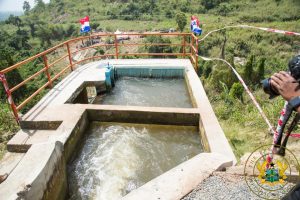 The Nkonya Alavanyo conflict is born out of a land dispute that occurred over a 100 years ago between two individuals from each side of the divide.

Despite living together for over 300 years as good neighbours who have inter married and interrelated, this dispute degenerated to other parts of the two traditional areas and has weakened the social interaction between the two.

Development in the two areas have stalled while hundreds of lives and properties have been lost as a result of constant reprisal attacks.

The conflict which died out for some years, resurfaced in 2013 and has since persisted until recent years.

In 2017, the Ministry of Interior and Defence announced the decision to turn the disputed land area into a military training base.

Although the project is yet to commence, there is constant military presence in the area to ensure there are no further attacks.

Meanwhile, The Regional House of Chiefs and the National Peace Council halve been resourced and tasked by the government to lead mediation and dialogue between the parties to secure lasting peace.

These efforts is what the Paramount Chief of Alavanyo has noted has brought him some peace of mind.

According to him, unlike the times that he slept like a cat with an eye open, he can now sleep with both eyes closed.

He thanked the government and the regional house of Chiefs for the efforts made to ensure this relative peace and hoped it will be sustained till there was absolute peace.