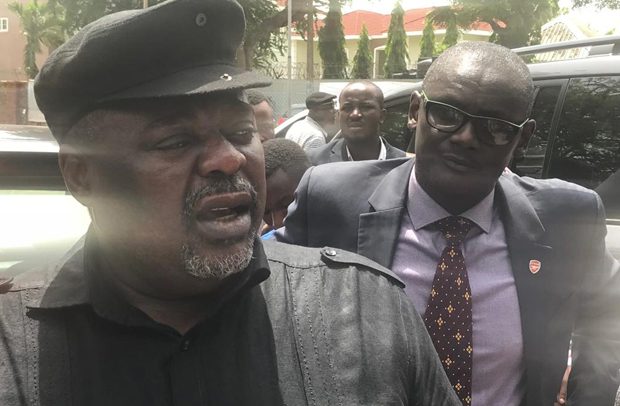 In a short video shared on social media, Koku Anyidoho could be heard saying he does not give a hoot to those angry with him about the redevelopment of the Asomdwee Park by President Nana Addo Dankwa Akufo-Addo.

According to him, all that he wanted in life after the death of the former president was to be given dignify place to rest.

This, he said President Akufo-Addo has done for him by rebuilding the Asomdwee Park to honour the late President.

Government through the Coastal Development Authority (CoDA) has redeveloped the Asomdwee Park as per a directive from President Nana Addo Dankwa Akufo-Addo.

The place has been redesigned with the construction of ICT lab, library and cafeteria, fence wall, concrete shed, restrooms for the security, entrance for VIPs, among others which, have been completed.

CoDA, however, said the asphalting of the driveway to the general entrance and landscaping of the general area around the tomb are what is left.

“We wish to state that the grave was not opened and therefore no desecration of the body of the former President, H.E John Evans Atta Mills, has taken place,” a statement issued by Chief Executive Officer Jerry Ahmed Shaib said.

“We therefore assure all well-meaning Ghanaians that the project, which continues to be a top priority for CoDA, is well on schedule and will be handed over to the Office of the President for official commissioning, once completed.”

Sunday, July 24 marks 10 years since the passing of Prof Atta Mills, who was the third president of the Fourth Republic.

However, brother of the late President, Samuel Atta Mills who is Member of Parliament (MP) for Komenda-Edina-Eguafo Abrem Constituency, on Tuesday, July 19 appears unhappy with the current development.

The former President’s brother alleged that his late brother tomb had been tempered with.

According to him, the tomb was tempered without the consent of the family but in complicity with Samuel Koku Anyidoho, Chief Executive Officer (CEO) of Atta Mills Institute who was the Presidential Spokesperson when Prof Atta Mills was in power.

He has been subsequently threatened to exhume the body of his late brother to be buried elsewhere because of the current managers of the Asomdwee Park.

But Mr Anyidoho, has since refuted the allegations.

Koku Anyidoho replies Sam Atta Mills on the whereabouts of Prof Mills’ autopsy report.
CoDA on Wednesday, July 20 also clarified that it liaised with relevant state authorities to embark on the renovation works 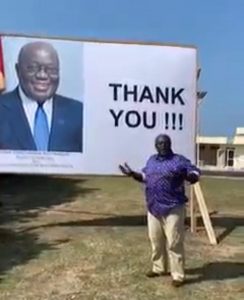