I Have Not Given Up On Marriage – Kwabena Kwabena 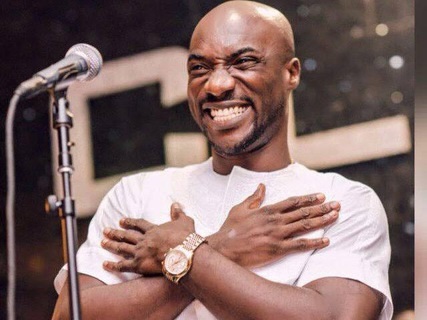 Contemporary highlife musician, Kwabena Kwabena, has said he is not ruling out marriage after his two divorces.

According to him, he will marry again and it will be very soon.

He made this known in an interview with Kofi Adoma while he dispelled rumours that he is now gay.

“I want to say this for the records, I’m not gay,” he added to clear the air on his sexuality.

Kwabena was first married to a lady called Esther. After their divorce, he got married again to Abena Owusuaa in 2010 at a quiet ceremony at His Majesty’s Hotel, in Accra.

Many had thought that the second marriage would last but it never did.  The second divorce came with rumours that he was seeing his then manager; Frema Ashkar who is known as Frema Adunyame on Citi TV. But Frema had denied any amorous links with Kwabena saying her relationship with the musician was purely business. After his last divorce, Kwabena has since remained single. He is now thinking about remarrying.

GTA, Osibisa, Others Honoured At GACA