‘I Want To Be President’ 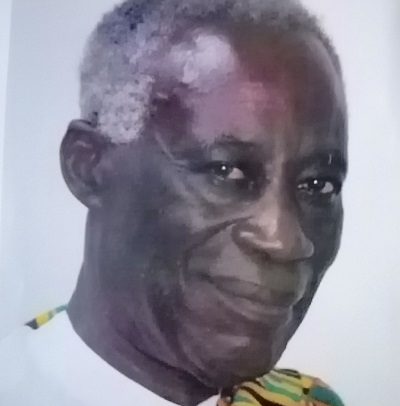 An engineer, Samuel Ofori Ampofo, has declared that he is planning to contest the December 7, 2020 presidential election as an independent candidate.

When successful, he will be facing heavyweights like President Akufo-Addo who is seeking re-election and former President John Mahama who is staging a comeback.

Mr. Ampofo who described himself as the son of peasant farmers said he believes he is the safest bet for Ghanaians, saying he has what he called “the visionary and revolutionary endowment and capacity to transform the hopelessness in Ghana from our own resources.”

Even though an independent candidate has not won the presidential seat in the history of the country, that has not deterred Mr. Ampofo from hoping to ‘rewrite’ history in the December 7 polls.

He said his decision to contest the presidential polls is anchored in the belief that “Ghana at this point in time needs dedicated and selfless individuals who would sacrifice to work under a merit-orientated administrative condition.”

This, he explained, meant conditions that would help Ghanaians not to go under the harsh economic dictates of the International Monetary Fund (IMF) and the World Bank.

Announcing his intention on Wednesday at the Osu Presby Church, Mr. Ampofo pledged to restore what he called Ghana’s economy to an industrial-based economy and said the current government had failed to end joblessness in the country and revolutionize the economy for wealth creation.

“Our country’s situation requires a leader who will take the path of industrialization,” he said at a news conference and stated that the IMF had deceived the National Democratic Congress (NDC) and the New Patriotic Party (NPP) in the past 28 years that it is not the business of the government to create jobs.

“As President, my government will set up productive industries all over the country and make a request for local capitalization,” he stressed.

According to him, he has diagnosed and identified Ghana’s problem and said what a leader needs to do now is to apply common sense, discipline and pragmatic approach to help solve the economic problems.

“We must establish credit worthiness in the financial management of the country. That will inform government officials and the general public to learn about the value of money and judiciously protect what belongs to the nation,” he added.