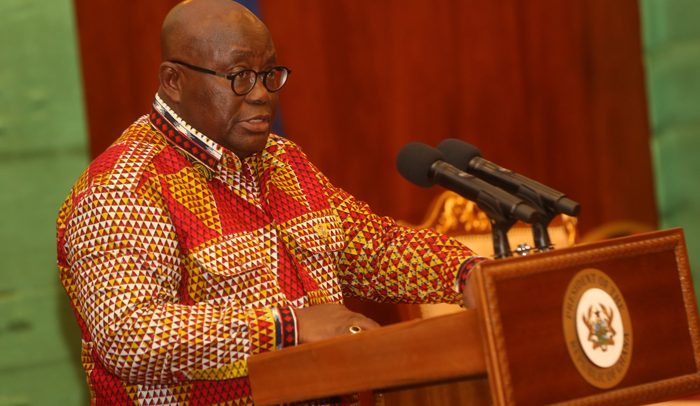 President Akufo Addo has described himself as the number one football fan in the country.

To the president, his love for the globular game knows no bounds and has expressed the wish that football works again.

He revealed that the formation of the GFA-FIFA Normalization Committee are steps to ensure that what happened in the past is corrected to improved the game in the country.

The president expressed the hope at last Wednesday’s Meet the Press session that the NC succeeds in reforming Ghana football.

“That is my hope and I think it should be the hope of all us. I’m hoping, that the people who have been put on that Normalisation Committee, certainly from what I know of all them; these are very upright, straightforward, intelligent, capable Ghanaians.

“I think that they are going to lead the process of a more sane football administration, making rules that will be more transparent in the way things are done.’”

“We have to be able to find a way of linking them together.”

Last June’s Tiger Eye PI documentary on football has frozen activities of the sport, however, the NC has announced its resumption early next year.