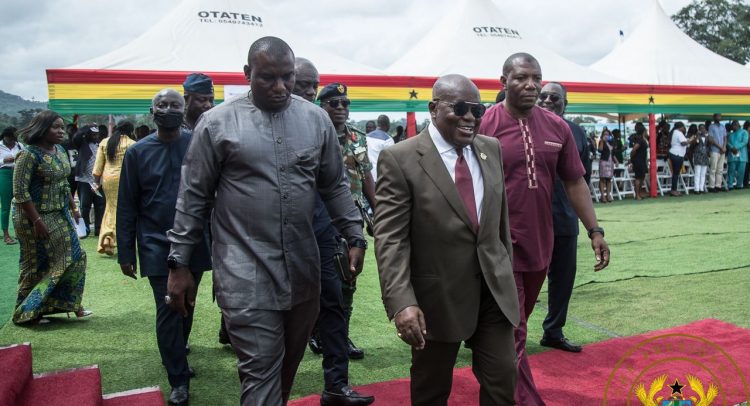 President Akufo-Addo has refuted the deliberate propaganda orchestrated by the opposition National Democratic Congress (NDC) into the mindset of a section of Ghanaians, that he can’t do what he always promise.

According to him, he does not make promises he cannot fulfill, hence people should exercise patience and give him more time to honour his promises since he’s a President who keeps all promises made.

President Akufo-Addo said this at a sod-cutting ceremony for the construction of the $90 million University of Engineering and Agricultural Sciences (UEAS), at Bunso in the Esst Akyem- Municipality of the Eastern Region on Friday, 20th May 2022.

It will be recalled that in this year’s State of the Nation Address to Parliament on 30th March 2022, President Akufo-Addo indicated that steps were being taken to turn the planned Bunso campus of the University of Environment and Sustainable Development into a standalone, independent University dedicated to the study of Engineering and Agriculture.

However, speaking at the ceremony, President Akufo-Addo explained that “I also indicated that construction of this campus will begin within the next three months. As you already know, President Akufo-Addo does not make promises he cannot fulfill and I am happy that we are all gathered here at Bunso to cut the sod for the construction of the University of Engineering and Agricultural Sciences, which will be a Centre of Excellence in Engineering, Agricultural Sciences, Applied Sciences, and Built Environment”.

President Akufo-Addo who expressed his happiness for the commencement of the project said the vision for the University was borne out of the current emerging trends of the world which are essentially driven by technology.

President Akufo-Addo thanked the Export-Import Bank of Korea and the Economic Development Cooperation Fund (EDCF) of the Republic of Korea for providing the US$90million facility for the construction of the University of Engineering and Agricultural Sciences, Bunso Project.

President Akufo-Addo also used the occasion to express the sincere appreciation of the Government and the Ghanaian people to the Government and people of the Republic of Korea for their continuous cooperation with Ghana and assured them of Ghana’s determination to deepen and expand the bonds of friendship between the two countries.

“It is obvious that to be a part of this modern world, there must be science and technology elements at all levels of the development process. This means that a country’s development depends on its ability to understand, adapt, produce and commercialize scientific and technological knowledge in ways appropriate to its culture, aspirations, and level of development,” he added.

This, he explained, will help shape the fulfillment of the national dream, “which is to meet basic challenges of survival, such as providing food, shelter, clothing, health, and security for the people, and creating the wealth that will guarantee the prosperity of present and future generations”.

The President noted that, over the last five years, his government has increasingly implemented initiatives and programmes rooted in Science, Technology, Engineering, and Mathematics (STEM), with the goal being to ensure a target of a 60:40 science-humanities ratio, and also educate a critical mass of the Ghanaian population for science-related jobs, which will define their future employability.

“I am, thus, happy to note that this year’s enrolment of TVET students in Senior High Schools has reached record levels – forty-four thousand (44,000) students, representing a one hundred percent (100%) increase over the 2021 enrolment figure. Our Gross Tertiary Enrolment Ratio, measuring enrolment in tertiary education, regardless of age, expressed as a percentage of the population, which stood at 18.8% as of 2021, has increased significantly to 20% this year,” he added.

“Osagyefuo, Nananom, I am excited to be here once again, and, by the grace of God, I will be here again, in twenty-four (24) months, to commission the University of Engineering and Agricultural Sciences. And I have the great honour and pleasure to cut the sod for the commencement of its construction,” the President said.

The Bunso campus of the University of Environment and Sustainable Development which will be a standalone, independent University dedicated to the study of Engineering when completed in 24 months, will be the second public University in the Eastern Region.

It will focus on satisfying human resource demands from domestic industries.

The establishment of this University is also part of the Government’s response to the current national preoccupation with food security.

The University will provide leadership in teaching, research, and public outreach across several fields, and will help address problems that affect our food security and enhance the future competitiveness of Ghana’s industries in a sustainable manner. 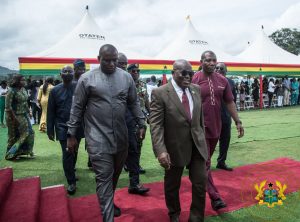 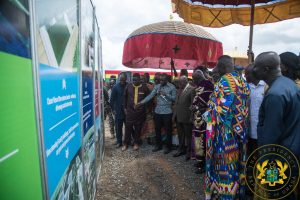 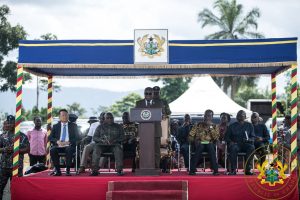 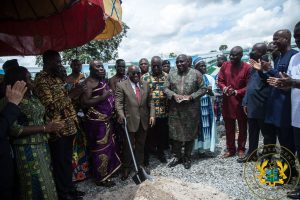 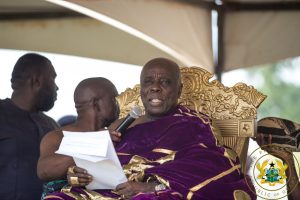