‘I’m For Kotoko I Love Them’ 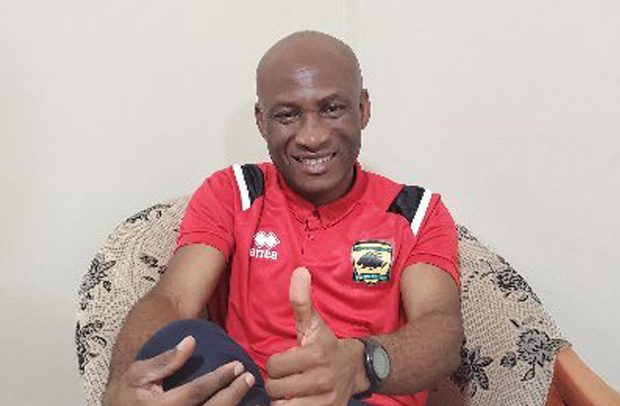 Asante Kotoko Coach, Prosper Narteh Ogum, has stated emphatically that he is committed to the Kotoko coaching job.

The Ghana Football Awards best coach pointed out that he is going nowhere despite several offers on his desk.

To him, he relishes serving the Porcupine Warriors, and so will continue to stay on.

He told ATL FM, “I have received several offers outside Ghana but I am for Kotoko and I love serving them.”

The former WAFA coach added, “I still have some years left on my contract with Kotoko.”

He guided Kotoko to their 26th league triumph in last season’s campaign.

The coach joined Kotoko last season from WAFA, where he led the Academy side to a third place finish.

And in a recently held awards ceremony in Accra, he emerged as the finest coach in the year under review.