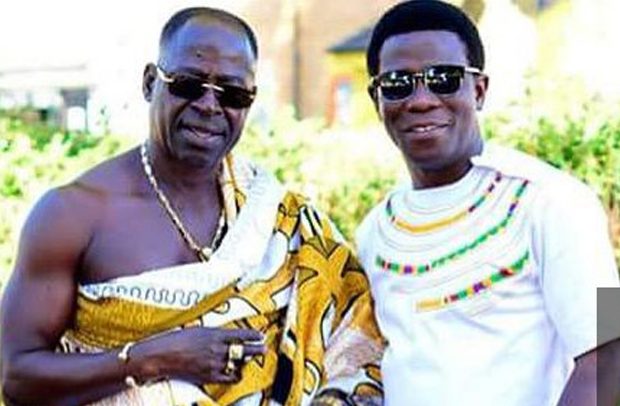 CEO of Davison Band based in the United Kingdom (UK), Kwaku Nyame, has expressed gratitude to highlife legend, Amakye Dede, for blessing him in the music sphere.

Recalling his lifetime moment with him, he said Amakye Dede, also known as the Iron Boy, opened many golden doors for him that a lot of people could hardly do.

The Davison band has worked with the highlife legend for many years, Kwaku Nyame said, adding that he gives all the honour to the legend.

Amakye Dede, who has consistently played and performed with Davison Band in the UK has never disappointed.

“All the shows I have played with him have been successful and helped elevate the band in the UK and across Europe,” he said in an interview.

Meanwhile, the Davison Band CEO tagged Amakye Dede as the greatest Ghanaian singer of all time, adding that he would always choose him over everyone in the industry.