It Isn’t Wrong to Mine in Forest Reserves – Nominee 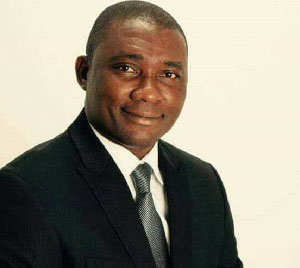 The Deputy Minister-designate for Lands and Natural Resources, George Mireku Duker, has said mining prudently and professionally in forest reserves that are dedicated for development purposes is not against the law.

According to him, he does not see anything wrong with mining in forest reserves that are earmarked for that purpose and indicated that his concern had always been how the nation could create artificial forests, adding that “we need to see how we can take opportunities from the natural reserves that we have.”

Answering questions at his vetting before the Appointments Committee of Parliament on Monday, Mr Duker indicated that he believed the “onus is on us to ensure that we have a legislative framework that will guide the mining processes and make sure we mine according to them.”

The Tarkwa Nsuaem MP stated that “mining in forest reserves is dependent on the area dedicated for the purpose. If the area is earmarked for mining, I won’t see anything wrong,” he insisted when he was pushed further.

On the issue of monetizing mineral royalties, the nominee disclosed that he felt excited at the mention of the establishment of a gold company to be named Agyapa, but this was short-lived because the dream did not materialize.

“Mr Chairman, I had an opportunity of chairing the Mineral Income Investment Fund (MIIF) board and I did so passionately coming from a mineral generated community, Tarkwa Nsuaem.”

“Having been there all this while and not seen development, we should take into consideration the mineral wealth coming out of that constituency and what we add to the consolidated fund and not see tangible projects about minerals that we generate,” he noted.

“And seeing the idea of coming up with a vehicle that was passed in parliament by the MIIF Act to create Agyapa, I was so excited for the first time,” he explained.

“My sadness started in 2011 when a budget statement was sent to Parliament and page 242, the Minister then read the aspect of establishing gold company like Agyapa and that did not go through,” he recalled and added that “so when I saw this government raising the same gold company issue, I became excited,” he stressed.

Mr Duker also talked about the need for mining concessions to secure ratifications in Parliament before operations start, saying: “ratification of mineral rights concerns this Parliament.”

“As a previous member of the Mines and Energy Committee, I was part of insisting on the aspect of making sure that we ratify all concessions before they start operations. And I believe with your permission and benevolence in getting me to support the sector Minister, we will insist on the aspect of having ratifications done in Parliament before operation.”

“As a member of the Mines and Energy Committee in the last Parliament, we supported and engineered lots of the concessions to be ratified. As I sit here I know not less than 20 of the large scale concessions have been ratified in Parliament and we will continue to insist on getting their concessions well ratified before starting operations,” he stated.

For him, it is a good concern raised by the Minority Leader, Haruna Iddrisu and therefore called on all and sundry to work around it to ensure that people will be interested in large scale concessions of mining.

“As I speak with you, from1900 we had about 8 million hectares of forest cover and out of that, we reserved 1.6 million which was gazetted. This 1.6 million is what we have been protecting all this while,” he revealed.

History made: Bitcoin Approved as legal tender in El Salvador