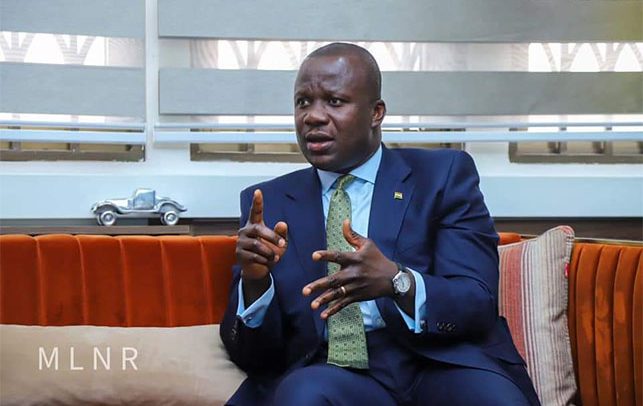 The Minister for Lands and Natural Resources, Samuel A. Jinapor, has requested for information on all transactions affecting the 1,185 acres of land acquired by the State in 1927 which constituted a Forest Reserve in 1930 under the name Achimota Firewood Plantation Forest Reserve.

The request follows an earlier Statement by the Minister to act on any improper acquisition of public lands, including the Achimota Forest Lands, regardless of how they were acquired, whether now or in the past.

A release by the ministry’s Public Relations Unit, said the request will enable the Minister take the appropriate actions on Achimota Forest.

It said letters has been issued to the parties involved including the Forestry Commission, Executive Secretary of the Lands Commission, and the Nii Owoo Family.

It also noted that the Executive Secretary of the Lands Commission, has been asked to provide all transactions affecting the land acquired in 1927, including de-gazetting, leases, subleases, assignments, and other transfer or disposition of any part of the lands in question, whether made by the Forestry Commission or any other person.

“In another letter addressed to the Owoo Family, the Minister has asked the Family to submit to his office all subleases and assignments granted by the Family to any person.

The Minister has also asked the Lands and Forestry Commissions, as well as the Owoo Royal Family, to provide the names and addresses of all beneficiary owners of any part of the land acquired in 1927,” it said.

The Will of the late Sir John, former CEO of the Forestry Commission, in which he is believed to have bequeathed lands in the Achimota Forest and the Ramar site at Sakomono to some relatives has sparked anger among Ghanaians who express their disappointment over land grabs by government appointees.

The revelations in his will come at a time the government is giving portions of the Achimota Forest land supposedly to its original owners, the Owoo Family.

Amidst the public outrage about Sir John’s supposed Will, the Ministry of Lands and Natural Resources says it intends to initiate a process of an independent audit on the specific issue of the acreage de-gazetted and will act accordingly in the public interest, should that become necessary.